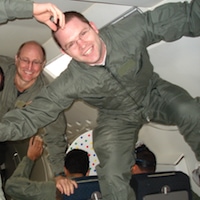 Continued from Eric’s A Painful Yarn part one

……So, what did I notice? First, the adrenaline that accompanied the accident was wearing off. I could feel moment-by-moment discomfort and tension increasing in my right ankle and left knee as they swelled. I also got the sense that my body wanted movement. I found myself doing the proverbial writhing. I shifted to and fro, at one point I was upside down on the bed with my feet elevated as high as they could get up the wall. I really could not stay in any position for long.

After a while of this I picked up the phone and called one of my “counselors”—so normally you trade time but in cases of pain and death it is allowed to have one-way time. I talked with her, walked through the accident step-by-step, talked through my worries and concerns, moaned, and kept telling her I just wanted to be a little ball—which  is ironic, I guess because I am far from a little man. It was weird, but after I started to do this, and curl up into a ball these bouts of discomfort started to abate and I felt a bit calmer. The sense to move was ceasing and I could feel myself easing into relaxation.

During this time I did notice my psoas, and left hamstring all seemed to be stuck in the “on position”. I could feel them “bubble”—reflexively contract—as I would try to breathe or perform some gentle side-lying type movements, but they were in lock down protection mode. Also, I had super nerve tension in my back: to look down would send electrical signals through my spine. In fact, afterwards I had extreme difficulty getting into the car because I could not flex my head to fit in the door.

I went through a phase of nausea, about the time I think my adrenaline was coming down, this was brief but not that intense. After I had relaxed for a bit and had gone through about 30-40 min of counseling I started to feel very hungry. So I ate the lunch I packed for work—not the accident. What followed was a very cold feeling in my feet, so much so that I could not tell if my feet were cold or painful.

Eventually, I hobbled out of the ED. I could not stand up straight and the left knee felt loose—I was apprehensive about putting weight on it and bending it. It also felt like there was corset around my waist that was cinched down super tight.

I made it back home with the aide of my counselor friends. Eventually, I curled up into a ball and gradually eased into sleep. Throughout the day, I altered between supine, side-lying, standing and hobbling. I found myself hobbling with a straight left leg because of perceived apprehension of ligamentous stability of my left knee.

At approximately 12 hours post-accident I decided to take 800 mg of ibuprofen, mostly because I wanted to see the effects; they were dramatic, maybe 50% more ease with movement. Still, I walked with a very guarded gait but after I felt much more comfortable experimenting with different types of walking.

My experience has led to these reflections.  My discomfort was worse when I was alone; having someone there—albeit on the phone—greatly aided my discomfort. Expression of pain through moaning and writhing did help.  In my case, instinctive movement following the ideomotion principle worked after I believed I could move, this belief followed after I knew that “I was alight”; this instinctive movement aided the discomfort. Overall, I was quite surprised at some of the positions and movements that I ultimately found comfort in. Also, I wonder how many acutely injured people are not explicitly given that authorization at these early stages that, “yes, you can move.” The general anxiety of the ED is very dreadful: listening to other people in pain greatly increased my anxiety and perceived discomfort. There was a lot of concern about financials but the other driver was at fault, he admitted, was cited and has insurance. So that eased one of the biggest anxieties of the day: “how much is this going to cost me?”

Ultimately, I concluded this: we could greatly, appease patients and decrease the use pain meds if patients are given better attention during their time in the ED and providers do a damn good job of answering the patient’s question “Am I alright?”. I think much of my own education allowed me to answer this question myself, but I did find it surprising how much I had to pepper the MDs with questions to determine what they were thinking.

Overall, I got pretty banged up, my helmet was cracked and a sizable chunk taken out of it, my bike was finished.  We as therapist rarely get to experience the lives of our patients in extreme situations. I wrote this post on the day of my accident from my perspective as both the therapist and the patient, with full disclosure of my anxieties and revelations as they occurred to me then.  Hopefully providing anecdotal evidence of the body and mind in pain and what can help to resolve it. 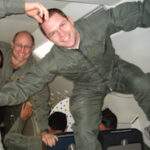 Erik is a blogger (The Physio Manifesto) and staff physio at Denver Health—the Rocky Mountain Region trauma hospital and community health safety net for Denver, Colorado.   Eric works with, the gamut of neurological, trauma, sports orthopedic, persistent pain and medically intensive patients.  When not working Eric enjoys a sophomoric interest most things adventuresome and recreational while constantly being embroiled in the question of: “What is next?”