World Congress on Pain comes to you. 2: Yoga, Mice, Pain and your Brain

Home / World Congress on Pain comes to you. 2: Yoga, Mice, Pain and your Brain 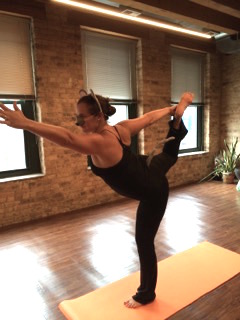 The official title of the John J. Bonica Distinguished Lecture at the World Congress on Pain was actually ‘Effect of Environment on the Long-Term Consequences of Chronic Pain’. Prof Catherine Bushnell started her talk by noting comorbidities that any practicing clinician will have noticed at some point if treating people who are dealing with any kind of chronic pain: People with chronic pain commonly also have memory deficits, anxiety, and depression. It’s important to remember we don’t know if chronic pain causes these comorbidities, or vice versa. There is some suggestion by a study with rats that comorbidities, such as anxiety, appear after pain is induced. It will be exciting to see more research in human subjects, hopefully in the near future.

There have been studies looking at gray matter in both humans and rats. Gray matter is the part of our brain where muscle control, sensory perception, memory, decision making and emotions are processed.   A decrease of grey matter has been found to correlate with a decrease in cognition in healthy elderly people (Yasuyuki et al. 2011). Patients who have chronic pain have been found to have accelerated age-related gray matter loss (Moayedi et al. 2012, Kuchinad, Schweinhardt et al 2007). These studies still don’t tell us which came first: the pain or the change in brain matter. They also don’t tell us what might be done to help people who present with these issues. 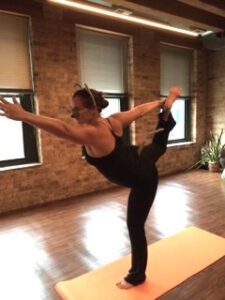 eantime, what might we be able to suggest for people who are suffering from not only chronic pain, but also anxiety, depression and cognitive deficits? A very popular intervention for chronic pain is yoga. But do we have any proof that it works for chronic pain? Or for anything else?? The answer is ‘sort of’. There are some studies that suggest yoga ‘may protect against age-related gray matter loss’ (Kuchinad, et al 2007 and Villemure et al submitted). One study indicates that there may be increased intra-insular connectivity in yogis (Villmure et al, 2013). Some changes in grey matter correspond to the duration of yoga practice, which may suggest a causative link between yoga practice and gray matter increases (Villemure et al submitted).

The conclusions that the speaker made are that chronic pain may alter the anatomy and function of the brain, and that lifestyle factors may be important in preventing and/or reversing the effects of chronic pain on the brain.

It is the conclusion of this listener that it is a bit of a jump to say that ‘yoga helps chronic pain’ from so many mouse studies. I did find the talk very thoughtful, and hopeful, that it appears finding safe, non-threatening movement for people in pain may someday be proven to ‘cure’ or manage chronic pain in humans. 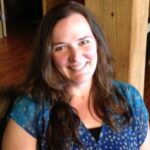 Sarah is a practicing physiotherapist at Entropy Physiotherapy and Wellness in Chicago, IL.  She enjoys treating patients who think they can’t get better.  She spends her free time trying to catch up on emails, learning to teach yoga, and attempting to grow as many different kinds of tomatoes as she can despite the fact she doesn’t have a garden.