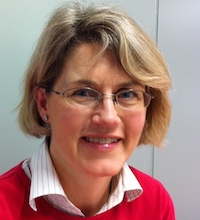 This is the second summary in a series of two blog posts highlighting valuable information about our current understanding of mechanisms of pain in endometriosis from a recent review led by researchers at the Nuffield Department of Obstetrics and Gynaecology, University of Oxford [2]. It continues with peripheral mechanisms and then highlights the possibility that central contributions might be important contributors to the condition.

A fourth peripheral mechanism involves cross organ sensitisation, which describes the condition where the sensory endings of a single neuron innervate two different tissues. This finding provides an anatomical and physiological basis for the spread of input and output mechanisms to the area, and may contribute to the diffuse nature of some symptoms and/or comorbidities of the condition such as painful bladder syndrome.

In line with other chronic pain conditions, there is often a disparity between the extent of the inflammation (clusters, activity) that can be detected and the pain severity. In addition, pain may persist despite treatment of all the identified peripheral contributions. This raises the possibility that central mechanisms such as central sensitisation and/or brain structural and functional changes might be important contributors to the condition.

An elegant study by As-Sanie et al compared women with chronic pelvic pain (CPP) with and without laparoscopically proven endometriosis, against women with proven endometriosis and not CPP and each group was compared to healthy controls on volumetric changes in specific brain areas (thalamus, insula, putamen, periaqueductal gray (PAG)). The most interesting difference was that women with endometriosis and not CPP had a larger PAG volume perhaps suggesting a greater capacity for descending pain modulation [4]. This generated the hypothesis [2] that some women with endometriosis may not experience pain because they are able to modulate the noxious input through descending pathways. It may also explain why some women don’t experience endometriosis until later in life, perhaps until after a further pelvic insult such as urinary tract infection. At that point it is possible that the homeostatic balance is lost and the ability to engage descending inhibition is reduced.

Talking about endometriosis is still plagued by taboos, confusing terminology and a lack of consistency in the information collected and reported both clinically and across endometriosis studies. Morotti et al and The World Endometriosis Research Foundation (www.endometriosisfoundation.org) are calling for standardisation of pain terminology and data collection protocols in future endometriosis studies, with the long term aim of being able to establish a personalised approach to effectively treating the condition that focusses “…as much on the pain phenotype as on the surgical or radiological findings [2].” 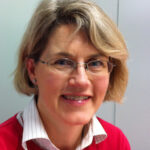 Carolyn has masters degrees in physiotherapy and medical science (pain management). Before winning an Australian Postgraduate Award to return to study she taught pain sciences to under and post graduate physiotherapy students at UniSA with the Noisters and ran her own clinic for a couple of decades. Way back in 1995 she was co-convenor of the inaugural Moving in on Pain conference in Adelaide. Now she uses that experience to inspire and mentor the next generation of interest in pain sciences at Uni SA.