Not just another empathy study

Home / Not just another empathy study 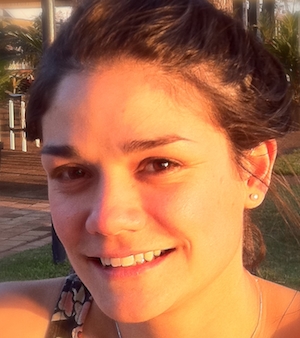 In this paper, Lamm and colleagues investigate what might modulate empathy.  While there have been loads of neuroimaging studies in empathy, many have failed to recognise that empathy is highly malleable by a number of factors.  With two fMRI experiments, this group studied two cognitive mechanisms of top-down control—attention and cognitive appraisal—in order to see how these can alter perception of pain in others, and to investigate their neural underpinnings.  For now, I’ll just share some of the details and results of the first experiment, the attention experiment.  For those who are interested, have a look at this paper (you can download it for free) because this experiment is just one part of a pretty comprehensive investigation.

Recent functional neuroimaging studies suggest that perception of pain in others activates similar neural circuits as a first-hand experience of pain.  Notably, this activity has mainly been found in areas such as the anterior insular cortex (AIC) and the anterior cingulate cortex (ACC) — areas shown to process the affective-emotional dimension of pain.  What about the sensory-discriminative areas of the pain matrix, I hear you ask.  Are they activated in my brain when I see someone else in pain?

This is what the first fMRI experiment explored. Most fMRI studies to date suggest that witnessing another person’s pain does not typically recruit areas of the brain that are involved in coding the sensory aspects of pain, for example SI and SII.  Here, participants were asked to evaluate the sensory and the affective aspects of a series of painful and non-painful images in the scanner.  They were asked two questions: one on pain intensity, to address the sensory aspect of the pain they were witnessing, and the other on pain unpleasantness, to capture the affective consequence of the pain image.

The different instructions recruited distinct neural networks.  The pain intensity question led to a consistent activation in bilateral somatosensory areas, with the most pronounced signal in the S1 contralateral to the stimulated hand.

But focussing on the unpleasantness of pain didn’t lead to significant changes in any brain regions except some small clusters in the ACC.  And here’s the best bit: although the somatosensory activations were indeed higher in the pain intensity questions, similar activations of the same somatosensory areas occurred with the unpleasantness questions—the questions which were hypothesised, based on the literature, to activate the ‘affective’ neural pathway.

Maybe it’s all in the questions asked.  Were they valid?  Did they truly capture the sensory and the affective components of the pain experience?  Those who work clinically would argue that it’s hard enough getting a pain rating out of some people, let alone asking them to evaluate pain at this level.  And I can’t help thinking that these two aspects of pain can’t really be separated.  If pain is constructed in the brain and by definition involves both a sensory-discriminative and an affective-emotional component, evaluating these separately might be a bit like evaluating just the batting team or the fielding team of a cricket match.  Separate these and you’ll find you’re not watching cricket.  Separate these and it’s no longer pain we’re evaluating?

I’ve always wondered if we might be grossly oversimplifying things when we talk of a sensory and an affective component to the pain matrix.  This paper has certainly provided compelling evidence that perhaps at the very least this classical separation does not apply to the evaluation of pain in others.

Lamm C, Nusbaum HC, Meltzoff AN, & Decety J (2007). What are you feeling? Using functional magnetic resonance imaging to assess the modulation of sensory and affective responses during empathy for pain. PloS one, 2 (12) PMID: 18091986
Free paper here