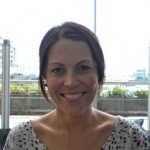 Ever watched a TV show and been overwhelmed by a need to quickly change the channel because the humiliation experienced by the main character is so painful it hurts to watch? Have you noticed how other members of the family don’t seem to mind as much as they shout ‘TURN IT BACK’? This study by Krach et al (free to download) provides some interesting insights into the way individuals experience vicarious embarrassment including the potential link with empathic processing and possible neural correlates.

Embarrassment is regarded to be a social emotion (like guilt, pride and shame) that occurs when social norms and public image are threatened. The actions causing embarrassment can be intentional or, as is more often the case, un-intentional. This study looked at both types including variations of each in which the subject was either aware or unaware of the embarrassing situation (eg. having toilet paper stuck on your shoe as you walk out of the toilets at the local pub).

In their first study (study 1) Krach and colleagues examine the relationship between subjectively reported embarrassment ratings (ie. vignette response) and trait empathy. A total of 52 vignettes were used to model social situations that may or may not involve embarrassment for the subject depicted and in which the subject was both aware and unaware of the cause for embarrassment. Participants were asked to rate their own level of embarrassment in response to each vignette – 1 (not at all) to 7 (very strong). Participants also completed a self-reported measure of trait empathy – the E’Scale. Interestingly, the correlations observed in study 1 suggest that vicarious embarrassment can occur with or without first-person embarrassment and that trait empathy could have a modulating effect.

Based on the findings of both study 1 and study 2, the conclusion reached by the authors seems quite reasonable. That is, the experience of vicarious emotions do not depend on shared experiences ie. the observed subject does not need to be experiencing any feelings of embarrassment for the observer to feel embarrassed. In addition, as suggested it seems likely that social emotions such as vicarious embarrassment are in part influenced by empathic processing as well as the observers own egocentric evaluations (including serotypes, attitudes and assumptions).

Nonetheless, as it was so astutely pointed out to me recently, it might be prudent to exercise caution when drawing conclusions about the links between social/emotional pain and physical pain using fMRI findings, as is done in this paper and others. For instance, one view is that the cortical changes observed with fMRI might actually be representative of the response to the ‘saliency’ of the stimulus as opposed to the experience of pain – we don’t yet know enough to be certain what it is we are observing.  So, although I found the article by Krach and co provided some interesting insights into vicarious embarrassment and empathy, it seems to me that the extent to which this can be extrapolated to explain pain remains a little bit sketchy for now. 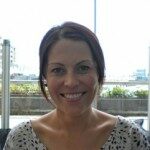 What can we say about Laura.  Well, for one she USED to be called Laura von Bertouch. Laura is an OT and is currently doing her honours at the School of Health Sciences with the BiM Team in Adelaide.  She is focussing on clinician factors and explaining pain, specifically whether the perceived empathy of the clinician relates to a change in the patient.

What then, is Laura actually doing?  She has a fairly big data set from over 1000 patients who have participated in an Explain Pain treatment and who completed a range of questionnaires and knowledge tests. Importantly, they all rated their clinician on several measures, for example, ‘How empathic was your clinician?’  Laura is testing whether or not perceived empathy relates to outcomes.

Here is what she has to say about her work…

To our knowledge, Laura is the first BiM blogger to have also been a World Champion – but that has nothing to do with clinical research.