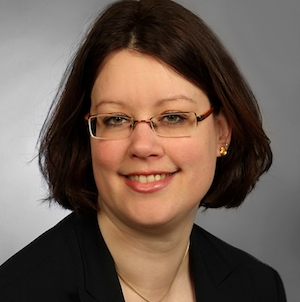 Emotions change how we perceive pain. In healthy volunteers, positive affect is associated with reduced pain, while negative mood is associated with amplification of pain sensations (Meagher, Arnau, & Rhudy, 2001). Healthy participants rate painful experimental stimuli during the viewing of positive pictures as less intense and unpleasant than those experienced while viewing negative pictures. This has been tested in a number of studies, which generally report pain decreasing effects for positive emotions in healthy subjects; however, the data on negative emotions is not as clear.

Our recent manuscript explores this affective modulation in patients with chronic pain (Kamping, Bomba, Kanske, Diesch, & Flor, 2013). One could speculate that pain patients might be more influenced by negative pictures and pain perception would increase, while they may benefit more from positive images if the emotions they elicit are a less common occurrence for them compared with healthy individuals. Therefore, we compared healthy controls to  patients with fibromyalgia (FMS), a disease characterized by widespread musculoskeletal pain and tenderness along with cognitive symptoms and fatigue (Wolfe et al., 2010). There is an ongoing debate whether processing of nociceptive input is altered in FMS. Some evidence suggests that FMS have lower pain thresholds and altered brain activation in response to pain (Gracely, Petzke, Wolf, & Clauw, 2002), while others have shown that this is not necessarily the case (Jensen et al., 2010).

We presented FMS patients and control subjects with positive, neutral and negative pictures and measured their brain activity using functional magnetic resonance imaging (fMRI). No group differences emerged in the perception of emotions.  When painful stimuli were also applied to the participant’s hands while they viewed the set of pictures, control subjects reacted in the expected direction. Findings indicated that pain was perceived as less intense and less unpleasant during a positive context than during a negative context. For FMS patients however, painful stimuli in the presence of positive emotional context were not perceived as less painful than those during neutral picture presentation and were rated as almost as painful as those delivered during negative picture presentation. These findings suggest that being in a positive mood does not reduce pain for FMS patients.

In addition, the difference in pain modulation was reflected in reduced brain activation in areas of the brain that are involved in processing painful stimuli and emotions (right ventral anterior cingulate cortex, bilateral insula, right secondary somatosensory cortex, and left orbitofrontal cortex).

Interestingly, FMS patients showed a negative correlation of brain activation during positive picture-pain trials with picture valence in the bilateral striatum. The striatum is involved in emotion perception and is important for the coupling of salient contextual stimuli and internally rewarding events. Thus, these findings suggest that the more positively patients rated the picture, the less rewarding it was, emphasizing the deficient connection between positive emotions and pain.

This disrupted ability of FMS patients of orienting to an emotional context and impaired emotion recognition when positive picture stimuli are presented together with painful stimuli has important implications for therapeutic approaches in chronic pain. For example, rather than increasing the amount of positive emotions (e.g. by including more and more positive activities into ones daily life), a better treatment option may be to increase the strength of the positive emotions that already exist. This can be achieved through cognitive strategies. Reappraisal, for example, attempts to keep the focus on the emotional stimulus and encourages individuals to re-evaluate its meaning and personal relevancy. 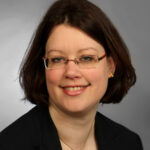 Sandra Kamping is a post-doctoral researcher in the Department of Cognitive and Clinical Neuroscience at the Central Institute of Mental Health, Medical Faculty Mannheim, Heidelberg University. She obtained her PhD in 2012 on the emotional modulation of pain in chronic pain patients. She continues to work on factors that modulatepain, including placebo analgesia, cognitive factors, and stress induced analgesia. Sandra is currently involved in a project that examines the relationship between pain and suffering. This year (2013) she obtained her license to work as a cognitive behavioral psychotherapist.