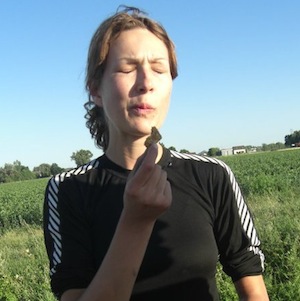 Over this holiday season we are publishing our Editor’s picks of 2017 for you to read and enjoy again.

We determine our world through the actions we take. Whether from the inside or out, our bodies provide us with the means to actively investigate our environment. This investigation is vital to survival. Active investigation enables us to reduce the uncertainty of the world, accommodate the unexpected, and better predict the consequences of our actions. The significance here is that the traditional boundaries between action and perception are blurred. These ‘embodied’ approaches to experience place the body at the centre of investigation.

At first glance this may seem intuitive, an unnecessary qualification of experience, particularly when we extend the embodied agenda to investigate the experience of pain, an experience that is fundamentally to do with the body. Yet, as we recently asserted under the Embodied Pain Framework (Tabor et al, 2017), simply recognising the body as ‘real and substantial’ (Hohwy, 2013) does not go far enough in promoting the role of the body in experience.

Modern, neuroscientific approaches to perceptual experience have turned traditional conceptions quite literally on their head. Rather than experience being determined by the passive receipt of information, experience is now widely considered primarily in terms of prediction (Friston, 2010): a fundamentally active pursuit undertaken by the organism in an attempt to work out the most likely consequence of an interaction. In essence, we have shifted from a sensory impingement model, that stated experience was driven by bottom-up information, to a predictive model (Friston, 2010; Hohwy, 2013), that proffers a top-down approach, with the brain predicting the state of the environment in which we exist.

Such a position has looked to dismiss remnants of a Cartesian love-in, replacing it with a platform that unifies the mind, body and brain. In reality, we are at risk of remaining in the same boat (albeit a bigger and shinier model), having replaced one dualism for another. The self-declared neurocentric contingent of this predictive approach (Friston, 2010; Hohwy, 2016), propose that experience is necessarily represented in, and isolated to, the brain. In so doing, relegating the role of the body to that of an experiential messenger, passively relaying information toward or away from the organ of import. So, although neuroscientific developments have potentially provided a powerful means to unify our understanding of experience, including pain, it seems to have done so by sidelining the body (Burr and Jones, 2016).

It is from this relegated position (as a Fulham fan, relegation is still a supremely sore topic), that the Embodied Pain Framework looks to redress the balance, returning the body to the fore, not as an arbitrary location of experience that is constructed by the brain, but rather as an integral and active determinant of that experience (Clark, in press). Importantly, we stress that such an ‘embodied’  framing of experience does not sit in contrast to predictive accounts, but in many ways, complements and even extends them (for further discussion, see Clark, 2017).

Whether experiencing pain, itch, fatigue, or indeed any bodily experience, we propose that the role of the body, not separate from brain nor world, is 3-fold: it reduces uncertainty (through active inference), it functions within evolutionarily determined limits (liminality) and it takes necessary action (defence). From here, we are best placed to describe experience, not as an isolated representation in the brain, but as adaptive behaviour that extends beyond the brain to incorporate the “context of the body”, the structure of the organism’s environment and the continuous exchange of signals between the nervous system, the body and the environment (Clark, 2017).

The core implication of promoting the role of the body to that of an active determinant of experience, not separate from the brain but intimately tied to the way in which we fundamentally engage with the world, is at the very least a request for ontological repositioning. Most poignantly this changes the very nature of the questions we ask and the answers we seek. Rather than, ‘what is the neural basis of pain?’ a question reflective of a pursuit to identify the representation of pain in the brain. We ask, ‘what are the contributions of all of the components of a system comprised of a body, inseparable from the world?’ (Mohan et al, 2013), a question that does not seek to find a representation of pain, but rather a description of an integrated mechanism from which pain may emerge.

We suggest, that  only in reframing our investigations to reflect the active role of the body, will we comprehensively describe experience and consequently shake off our dualist dalliances. 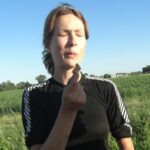 Clark, A (2017). How to Knit Your Own Markov Blanket: Resisting the Second Law with Metamorphic Minds. In T. Metzinger & W. Wiese (Eds.) Philosophy and predictive processing. Frankfurt am Main: MIND Group.