Just a heartbeat away from one’s body

Home / Just a heartbeat away from one’s body 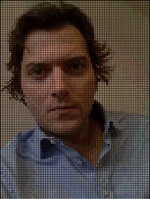 Body image means different things to different people. To many it refers to how one feels about one’s body.  To us, it refers to how one’s body feels to oneself and how one perceives its shape, orientation, agency and ownership.  Hopefully you can see that body image is critical to pain, because pain is, we reckon, necessarily felt in one’s body. Anyway, one of the really top shelf researchers in this area is a fellow called Manos Tsakiris who is at Royal Holloway in London. He has very generously taken the time to quickly run us through one of his recent experiments:

We perceive our own bodies in many different ways. We can look at our bodies, feel touch on our bodies, and also feel our body from within, as when we experience our hearts racing or butterflies in our stomachs. One way to check how good people are at perceiving their body from within is to ask them to count their heartbeats over a few seconds, but without taking their own pulse. Neuroscientists believe that the more accurate people are at this task, the better their perception of internal bodily states is. Can our ability to detect our own heartbeat tell us something about our body-image, that is, the conscious and mainly visual representation of how our body looks like?

To answer this question, we, first, measured how good people are at feeling their body from within, using the heartbeat counting task. We then measured how good people are at perceiving their own body-image from the outside, by using a procedure that tricks them into feeling that a fake, rubber hand is their own hand. Looking at a rubber hand being touched at the same time as one’s own unseen hand creates the illusion that the rubber hand is part of one’s body [1]. The less accurate people were in monitoring their heartbeat, the more they were influenced by the illusion [2]. People with low scores on the heartbeat counting task showed a greater change in their body image as they experienced a stronger illusion of ownership over the fake hand. Conversely, those participants with high scores that indicate high interoceptive sensitivity were less influenced by the illusion.The study showed for first time that there may be a strong link between how we experience our body from within and how we perceive it from the outside.

It seems that a stable perception of the body from the outside, what is known as “body image”, is partly based on our ability to accurately perceive our body from within, such as our heartbeat. This finding is important as it may shed new light into pathologies of body-perception; exploring how certain people feel about or perceive the internal states of their body may help us understand why they perceive their body-image in distorted ways. 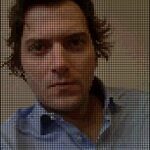 Manos is, presumably, Greek by background and by photo we reckon.  Despite LOOKING like a movie star, he is actually a very clever fellow. In fact, he is on the sharp end of the pile of clever people – he has done some really interesting and innovative research in the area of bodily representation and our sense of self.  He is Reader in Psychology at Royal Holloway University of London. He has won Volkswagon Foundation, Bial and Economic and Social Research Council awards. He publishes in posh journals. To top that off, he has now written for BiM. Clearly, he did not write this bio.