Can pain change our brain maps? 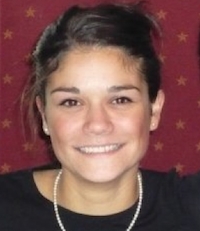 We recently published a paper on the function of the primary somatosensory cortex in Complex Regional Pain Syndrome (CRPS). The primary somatosensory cortex (S1) is a region of the cortex –the outer layer of the brain –which houses a precise and organised map of our body’s surface. Every part of our body surface is represented here by a network or ‘column’ of neurons which is jointly activated when that body part is stimulated.

CRPS is a disorder, usually of the hand or wrist, which is characterised by ongoing pain and dysfunction across several body systems. We don’t know what causes CRPS but it seems that the most common predisposing injury is a common wrist break. Some of the signs and symptoms are altered sensitivity, muscle weakness, and changes in hair and nail growth. Intriguingly, these patients can also have altered perceptions of their affected limb, for instance they often neglect it, or sometimes they perceive it to be bigger than it is in reality.

Using many different neuroimaging technologies, the brain is currently being investigated for its role in CRPS. S1 is one of the regions that is most talked about, given what we know about its role in body representation. Studies have investigated the function of S1 – or more specifically the representation of the CRPS-affected hand in S1 – by stimulating the painful hand (e.g. with light touch or electrical stimulation) and then looking at the S1 activation that results, i.e. the coloured ‘blob’ on the brain scan. Past studies have demonstrated that the S1 area representing the painful part re-organises, in fact the ‘blob’ has been shown to shrink in size. These findings are compelling given the interesting perceptual problems that a lot of CRPS patients have, and these findings have contributed to innovative and non-invasive therapies for CRPS.

That S1 reorganises with pain, and the S1 representation of the CRPS-affected hand is smaller, is widely assumed and accepted. We wanted to know the true state of the evidence; had all the studies come to the same conclusion? We embarked on a systematic review. This involves trawling through the literature to find all the studies that have addressed this question of S1 function in CRPS, pooling their findings and also assessing these studies for their quality. In research this is a great way to get a definitive answer to a specific question.

What did we find? We found consistent evidence that the representation of the CRPS-affected hand in S1 is smaller than that of the unaffected hand, and that of healthy pain-free controls. But the evidence isn’t as strong we thought it would be: we were surprised to find so few studies, recruiting a low total number of subjects, and also a high risk of bias in their findings (namely in the ways they did their statistical analyses and reported their findings).

Our review is important because now we know what’s been investigated and what still needs to be done. We’re not sure what the shrunken hand representation in S1 might mean. We’re not sure if it causes pain or the other way around, or neither of these. But in light of the clinical integration of new therapies that theoretically target this reorganisation in the brain, it’s important that we better understand the brain’s role in CRPS. 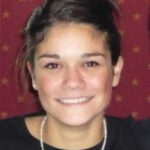 Flavia Di Pietro is a PhD student in the Body and Mind Research Group, Sydney. She is investigating the development of Complex Regional Pain Syndrome (CRPS) after wrist fracture. Specifically, Flavia’s PhD involves brain scanning people who are in a higher than usual amount of pain in the first 3 weeks after the fracture, and then following them for a few months. Her question concerns whether or not there are changes in brain activation patterns that emerge before the CRPS does and if so, what do they tell us about the condition? Flavia is a physiotherapist. She absolutely cleaned up when she did her undergraduate degree at Notre Dame – Brian Edwards Memorial Award, Physio Research Foundation Award, Dean’s Award. No surprises that the Australian Government jumped to support her PhD.  She has spent some time with Dr Giandomenico Iannetti’s lab in London and she is quickly becoming our resident imaging authority. Clearly, she did not write this bio.

Here is Flavia talking more about what she does and a link to her published research.