Attention bias in complex regional pain syndrome: it’s not just about the body 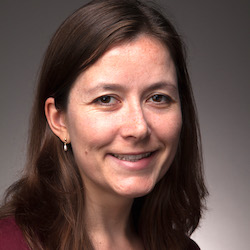 Some of the difficulties that people with Complex Regional Pain Syndrome (CRPS) report in feeling and moving their affected limb appear to be similar to a condition called hemispatial neglect [1,2]. Patients with ‘neglect’ have difficulty attending to one side of the environment following brain injury, and the similarities between the two conditions might lead to helpful new insights for treating CRPS.

One particular question we’ve been interested in is whether attention bias in CRPS only appears when patients process information about the body [2], or whether it extends to general spatial awareness.

We recently published two studies [3,4] on this question, which we conducted completely independently and unaware of the other group’s efforts. Both studies showed that people with CRPS pay less attention to visual information on the affected side of space, even when that information is not specifically about the body.

Both studies involved a sensitive attention test called the Temporal Order Judgement (TOJ) task, which involved presenting two small points of light, one in each side of space and very close together in time. The participants were asked to report which of the two lights appeared first.

By asking participants to make judgements about many pairs of lights presented with different amounts of time separating the two, we determined that the light on the CRPS-affected side was perceived later – indicating lower attention – than the one on the unaffected side.

Presenting the lights on the backs of the patients’ uncrossed hands made no difference to the degree of attention bias compared to when the lights were presented on the board. This provides further evidence that people with CRPS have a general visual processing bias that is not just for information about the body.

In contrast, the attention bias changed when the lights were presented on the crossed hands: the patients performed no differently to the pain-free control participants.

The second of our studies [4] tested whether the attention bias of CRPS patients was different in the space near to the body compared to more distant space.

Near space is where objects are most likely to contact the body, and understanding how the attention bias might change across different regions of space may help explain some of the problems that people with CRPS have in using the affected limb.

The results showed that patients’ attention was only biased when making judgements about the lights in the space near to the trunk while the hands were positioned close to the lights. CRPS patients therefore seem to pay less attention to visual stimuli occurring in the close vicinity of their affected hands.

This result further corroborates the idea of an (additional) attentional bias away from the hand of the affected side.

Taken together our two studies suggest that CRPS might involve separate and interacting attention biases when processing information about the body, and about external space.

Separate and interacting problems with attending to the body and the space near the body have been found in patients with hemispatial neglect following stroke. Although the relationship between attention bias and the physical symptoms of CRPS is not yet understood, we hope these similarities could mean that treatments for hemispatial neglect might benefit those with CRPS. 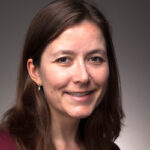 Janet is a Lecturer in Cognitive and Experimental Psychology at the University of Bath. She investigates the relationships between sensations and movements and how these interact with attention. Her early career focussed on understanding and treating problems with these processes in stroke patients. More recently she has been studying changes in cognitive processes that are sometimes observed in CRPS, and whether these can be targeted for treatment. 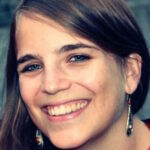 Lieve is a neuropsychologist and post-doctoral fellow at the pain research lab at the Institute of Neuroscience of the Université catholique de Louvain (Brussels, Belgium). Her work focuses on the cognitive mechanisms underlying interactions between nociception, pain and spatial perception. During her PhD she investigated whether nociceptive stimuli and chronic pain can impact the perception of the visual space around the body.