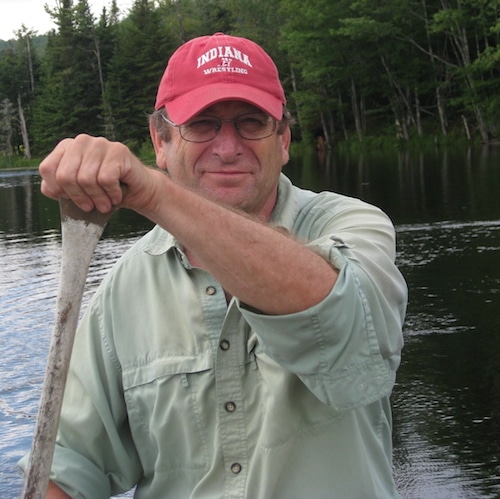 When patients do not improve after surgery, the search for an answer can be complex and often disappointing. Valencia et al, in a well-performed, rather complex study, try to tease out the components of that answer [1]. Their study tries to determine what central pain processing mechanisms could be most responsible for the development of poor pain scores (average of current, best, and worst 24 hour analogue pain scores) and poor disability (DASH) scores six months post shoulder surgery. They were trying to answer the question

Are poor outcomes more likely to be caused by pre-surgical psychological/behavioral status, failure of central inhibitory mechanisms, and/or activation of facilitatory sensory/nociceptive mechanisms?[1]

Conditioned pain modulation (CPM) represents a reduction in the magnitude of one stimulus in response to a second stimulus site; therefore, it is believed to be an indication of endogenous pain inhibition or an “inhibitory” measure. In contrast, temporal summation of suprathreshold heat pain response (SHPR) represents the perception of increased pain despite constant or even reduced peripheral afferent input, therefore, it is considered to be a manifestation of enhanced central excitability or a “facilitatory” measure. These measures represent 2 constructs whose balance might influence the risk for chronic pain development. [1]

The authors found that the best predictor of outcome at six months was the change in score at three months of the fifth pain rating of Suprathreshold Heat Pain Response (SHPR). This response has been associated with an elevated sensory processing or facilitatory status of the Central Nervous System (CNS). Presurgical psychometric tests, surgery type and demographic data (including litigation and employment status, among others) were not predictive of six-month outcomes at six months. There were also no changes over time in Heat Pain Threshold and Conditioned Pain Modulation responses, indicating no change in the ability of the CNS to inhibit noxious sensory information.

That the change in SHPR at three months was the sole predictor of poor outcome is a unique finding. The literature trend demonstrates a clear correlation between psychometric testing and outcome. The authors make the point that psychometric testing and QST evaluate different components of the CNS pain modulation system, but that does not explain the outcome. They do discuss several potential statistical and procedural factors that may account for the finding and which may affect outcomes in future studies, including regression to the mean.

This study was not about causation and did not provide any insight into the potential causes of the increased facilitation. Although this study was not designed to determine causation, the authors could have included two relatively accessible pieces of information to provide some potentially elucidating correlations. They chose not to include any quantitative or qualitative information about medication usage. They indicated that previous studies determined that medications had no effect. Given the finding of increased facilitation, it would be interesting to see if a high, prolonged opiate load correlated with the SHPR response. A portion of the population experiences hyperalgesia with the prolonged use of opiates. A supposed mechanism for this opiate hyperalgesia is the excitation of glial cells in the spinal cord (2, 3). See Linda Watkin’s lecture for a better understanding of the neuroinflammatory-based facilitatory effect and an explanation of opiate hyperalgesia here:

It would have also been easy to include the anaesthesia type (regional blockade vs. general anaesthesia vs. a combination) and postsurgical pain management plans (opiate medication vs. regional blockade). Did all of the patients experience the same anaesthetic and postsurgical pain management procedures? The inclusion of this information within the paper could have added much to the paper’s usefulness. The use of regional blockade during surgery and for pain management after surgery can prevent the increased noxious sensory input produced by the surgery from reaching the spinal cord and potentially mediating the facilitatory response. General anaesthesia and opiate medications, while blocking the awareness of pain, do not stop the sensory input to the spinal cord during or immediately after surgery. (4)

Beyond these two possible influences, could potential differences in genetic make-up, immune activity, and surgical effectiveness account for the increased sensory activity? While those are interesting sources of potential facilitation to ponder, the identification of these potential sources lie outside Valencia, et al’ abilities to accurately determine. The paper does implicate CNS excitation/facilitation as a potential source of poor surgical outcome. The paper also provides a potential pathway for better studying and understanding the influences of the various CNS mechanisms for controlling pain and disability.

There are currently a number of studies of investigative medications to physiologically inhibit this facilitatory response at the cord level (2,3). Could SPHR not only provide insight into surgical outcomes but also provide a means to study interventions for CRPS?

The authors are to be complemented for this and other research that they have performed in an attempt to tease out the relative importance of those CNS processes that are involved in postsurgical recovery. Given the number of noxious sensory experiences the subjects endured during the pre-surgical, 3 month and 6 month Quantitative Sensory Testing Procedures, the authors and, especially, the subjects are to be complimented on the high completion and low dropout rates during the study. 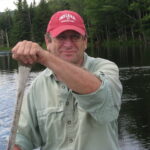 John is a physical therapist operating his private practice in the Philadelphia area specializing in the management of pain of spinal and neuropathic origins. He also consults and teaches. He has a BS in biology from Haverford College and Masters in PT from Stanford University. He has been practicing since 1978. He has taught at Temple University and is one of the founding faculty members of the Physical Therapy Program at Thomas Jefferson University where he remains an adjunct faculty member. He has worked with the McKenzie Institute and the Greater Philadelphia Pain Society. He is a past president of GPPS and remains on the Board of Directors. He is gliding into retirement but continues to be committed to understanding how patients in pain improve. One of his major goals over the next several years is to have the fish in Southeastern Pennsylvania take him seriously as he entertains them with his fly rod and homemade flies