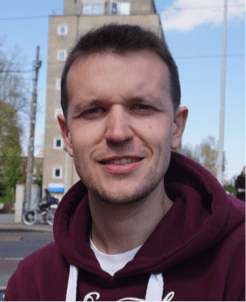 In 1997, during the second International Forum on Primary Care Research for Low Back Pain (LBP) held in The Hague (Netherlands), a group of experienced clinical researchers gathered together and decided to formulate a standardised set of outcomes to be recommended to colleagues for use in LBP clinical research. These recommendations included five outcome domains, with at least one patient-reported questionnaire measuring each domain [1]. But why, back then, was it necessary to develop such a standardised set? The main reason was an urgent need to facilitate the comparison and pooling of data across clinicial studies, an exercise often difficult or impossible to do. That group of wise researchers specified that such a standardised set would leave investigators free to augment the included outcomes with other measures of their own choice, as that core set was “not intended to force investigators into a straitjacket, but to provide a common yardstick” [1].

Over the years, those recommendations have become something quite familiar in the LBP research arena. However, 15 years later during the twelfth International Forum on Primary Care Research for LBP in Odense (Denmark), another group of wise researchers (including some veterans of the 1997 core set) decided that it was time to update the standardized set of recommendations. The main reasons were that “time has passed and things have changed”, see there are tons of studies on the measurement properties of recommended measures, and advancements in the methodology of core outcome set (COS) development. Concerning this second point, the existence of some initiatives fostering research in this area, like Core Outcome Measures in Effectiveness Trials (COMET) [2], Outcome Measures in Rheumatology (OMERACT) [3] and COnsensus-based Standards for the selection of health Measurement INstruments (COSMIN) [4], played a major role to make the decision to perform the update.

So, what happened then? The group of researchers became the international Steering Committee for the COS in LBP which established the methodology to perform an update of the existing set of recommendations [5]. Following COMET and OMERACT suggestions to establish first which outcome domains should be included in the COS [2,3], a three-round modified Delphi survey was used to reach consensus of researchers, clinicians and patients from 5 continents; these selected experts had to express their opinion on core outcome domains that should be measured and reported in all clinical trials conducted in patients with non-specific LBP. A list of 41 potential core outcome domains covering the most relevant areas of health (i.e. life impact, economical impact, patho-physiological manifestations, death) was narrowed down to 13 after two Delphi rounds. In the last round, overall consensus was achieved on the measurement of three core outcome domains: physical functioning, pain intensity and health-related quality of life. The Steering Committee also decided to add the domain ‘number of deaths’ to the other three, to encourage the reporting on this important outcome. A COS with these four domains was considered to be brief enough to prompt and facilitate its implementations in all trials in non-specific LBP [6].

This study was the first one to explore which outcome domains are considered as core by a large, international, multidisciplinary and multi-stakeholder panel of representatives of the scientific and clinical LBP community. Physical functioning, pain intensity and health-related quality of life were outcome domains already included in the 1997 standardised set, although with slightly different names and definitions. Hence, the next question is: are the outcome measures recommended 17 years ago still the best available to measure these three core domains? We do not have an answer to this question yet but, since we are currently working on it, you just need to stay tuned. 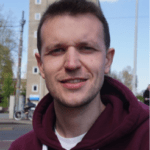 After working some years as a physiotherapist managing patients with musculoskeletal complaints, Alessandro decided that it was timely to move back to education to complete a research masters in epidemiology. At completion of his masters, he started working as a researcher at the EMGO+ Institute for Health and Care Research of Amsterdam (Netherlands), where he is following a PhD trajectory on the development of a core outcome set for clinical trials in non-specific low back pain. Alessandro’s main research interests are musculoskeletal health and research methodology; being a dreamer, he would really like to make a substantial contribution to improve healthcare solutions for patients with musculoskeletal conditions. What he likes the most about his “new job” as clinical researcher is the possibility to take a step back and to look more objectively at the wide range of available therapeutic solutions.