How to control pain with working memory

Home / How to control pain with working memory 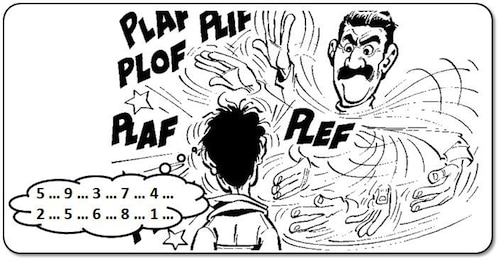 The control of pain is certainly the central question motivating most researchers in the field of pain. This is, indeed, the peculiar aspect of pain research which has, as compared to research in the other sensory modalities, the primary objective to suppress the sensation. Since some decades, the manipulation of attention and concentration seems to represents one potential non-pharmacological solution, and constitutes probably the common feature of the analgesic effects of hypnosis, meditation, cognitive behavioral therapy, etc. Several studies have shown that bringing attention away from a nociceptive stimulus, i.e. distracting the subject, can decrease the perception of pain generated by that stimulus. However, because pain often signals the occurrence of potential tissue damage, nociceptive stimuli have a strong capacity to involuntarily capture attention and take priority over other sensory inputs.

How to deal with this apparent paradox? We have recently proposed that an efficient control of pain by attention has to take into account three important parameters. First, we have to engage our attention to mental activities that are completely unrelated to pain or, more generally, to body sensations. Indeed, when performing a cognitive task, we define a mental set of information that will guide attention towards the information we need to achieve the task. As a consequence, any sensory event sharing common features with the mental set will automatically attract our attention. Second, such engagement should be effortful: the more attention is loaded on the task, the less it remains for processing other information. Third, such an engagement of attention should be controlled by executive functions. Executive functions are important cognitive processes involved in planning the sequence of actions, updating and adapting the behavior to new situations, and inhibiting interference from distracters. Working memory can be considered as an executive function, because it does not only constitute a short-term storing system, but also because it helps manipulating task-relevant information during the achievement of mental activities. Working memory is also thought to help attention because it keeps a memory trace of the mental set during the achievement of the task, and because it protects the task from distraction.

Our finding has potential clinical applications. It has been proposed that chronic pain symptoms and associated maladaptive behaviors could be reinforced by an excessive attentional profile rendering patients over-attentive to pain- and body-related information. One possible mechanism of this so-called ‘‘hypervigilance to pain’’ could be an inability to clear pain-related information from working memory. This interpretation could explain how individual characteristics such as beliefs and worries contribute to amplify the experience of pain. 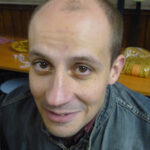 Valéry Legrain is a neuropsychologist who specialises in the exploration of human cognition using EEG. He obtained his Master degree in 1999 and his PhD degree in 2003 at the Université catholique de Louvain (Belgium). The experiments conducted during his PhD thesis, conducted under the promotion of Léon Plaghki, were focused on the role of attention in the modulation of cortical response to nociceptive stimuli. He was appointed as a postdoc researcher in 2004 at INSERM U879 in Lyon (France), and in 2007 at the lab of Magnetoencephalography in Düsseldorf (Germany). He is now Postdoc at Ghent University (Belgium) with a grant from the Research Foundation Flanders, scientific collaborator at the NOCIoNS lab (Université catholique de Louvain) and, occasionally, at the GAMFI center (University College London, UK).