World congress comes to you 7: Yes we can (control chronic pain)

Home / World congress comes to you 7: Yes we can (control chronic pain) 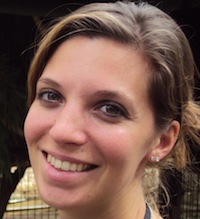 In reviewing the notes I took during the workshop “Beyond the ordinary: Innovative psychological and educational approaches to chronic pain treatment” (15th World Congress on Pain, Buenos Aires), one important message stands out: pain is an experience produced by our brain and, for this reason, we can control it. How? During this workshop three speakers presented different strategies and different approaches, holding true this positive and encouraging leitmotif.

Associate Professor (University of New Mexico, USA) Kevin E. Vowles’ presentation focused on Acceptance & Commitment Therapy for chronic pain. He underlined the importance of reconceptualising the problem of ‘pain’ as a problem of ‘pain behaviour’. According to this approach, ‘feeling better’ does not necessarily means ‘being pain free’. In fact, the real aim of an effective therapy should be to improve functioning in everyday life, from both physical and emotional points of view. Professor Vowles showed recent data collected from a sample of 80 patients suffering from chronic pain. The participants partook in an interdisciplinary programme of Acceptance and Commitment Therapy. Each session lasted for about 6 and a half hours, and this was repeated twice a week for four weeks (i.e. a total of four 6.5-hour sessions). The data collected from participants’ weekly diaries show that the changes in pain and in distress at the end of the intervention do not predict a better outcome per se. In fact, the best predictors of a change in disability level were the increased willingness to have pain (i.e. ‘how willing were you to have pain and distress in the past week’ and ‘how much effort you put in to making pain or upsetting thoughts, feelings, or memories go away this past week’) and the increased engagement in valued activity (‘how effective were you in taking actions that contributed to a better, more vital, quality of living in the past week’ and ‘how effective you were in the past week in making progress in the areas of your life that matter to you’). This supports the idea that ‘pain behaviour’ needs to be reconceptualised in order to obtain better outcomes and, in turn, ‘simply’ feeling better.

Along the same lines, Professor Lorimer Moseley also brought evidence supporting the importance of the need of this ‘reconceptualisation’ process. With the background idea that explaining to chronic pain patients how pain works has been shown to lead to a better outcome, he described how this can be put into practice. Keeping in mind that the scope of the intervention is to change the way the patients think, this should be the schema to follow: (1) providing evidence against the current schema using a metaphor; (2) reinforcing it by means of repetition (e.g. another metaphor); (3) presenting the key message; (4) inserting graphical representation of the concept to strengthen the message; (5) repeating the key message and providing further clarification of it. New data show that chronic pain patients who succeed in reconceptualising the notion of pain had better outcomes than patients who did not. In particular, reconceptualisation (due to pain explanation) seems to reduce the effect of catastrophising and, in turn, decreases the development of pain disability issues.

Finally, Professor Mark Jensen (University of Washington) provided good insight into hypnotic therapy for chronic pain. The efficacy of hypnosis has been demonstrated for a variety of conditions including chronic pain. Besides, in chronic pain patients, hypnosis has also been shown to boost the efficacy of other therapeutic approaches, such as the CBT (Cognitive Behavioural Therapy). Also (unlike pharmacological therapies) hypnosis is associated with positive (rather than negative) side effects and is reasonably inexpensive. Therefore, hypnosis should be considered as one of the first choices as a treatment for chronic pain. However, the literature is still unclear about how hypnosis works. Various theories have been proposed, but a biopsychosocial model for hypnosis, able to provide a general framework for the different factors that might contribute, is clearly needed.

Interestingly, it has been reported that individual differences in susceptibility to hypnosis seem to be related to levels of structural connections between different brain structures. For example, highly hypnotisable individuals have been found to have greater connectivity between left and right frontal cortices than individuals with low levels of hypnotisability (Hoeft, et al., 2012; Horton, et al., 2004). Also, slow wave brain oscillations (in particular, theta waves), also known to be linked to memory functions (Basar & Guntekin, 2012; Buzsáki, 2006; Buzsaki & Moser, 2013; Klimesch, 2012), have been found in more susceptible individuals during a hypnotic state. A third interesting feature is that greater hemisphere asymmetry has also been found in individuals with higher susceptibility to hypnosis. Therefore, these three factors (structural connectivity, theta waves and hemisphere asymmetry) are likely to contribute in the onset and development of the hypnotic state, even though the time is not yet ripe to describe these as proper biological signatures of hypnosis.

Professor Jensen closed his talk with a practical example of how easy and effective hypnosis can be, by teaching the audience the basis of self-hypnosis, applying a strategy called “age progression”. Briefly, the audience was required to think of and choose a comfortable place in which to set the self-hypnosis procedure. Then the audience was invited to ‘feel’ the place, by trying to recall what that place is like, using different senses. In the next step, the audience was asked to picture and visualise themselves in the future, accomplished, when their aims would have been reached, and notice how it felt. Then, the members of audience were invited to ‘become that person’ and to keep with themselves those feelings of accomplishment and self-realisation their ‘future self’ was carrying. When those sensations were part of them, they were allowed to go back to the ‘real world’, trying to keep those feelings close for the rest of the day.

The scientific community is sometimes sceptical and much prejudice can be displayed when the role of mind in shaping physical sensations (especially unpleasant ones, such as pain) is raised. This is an issue that might still have a lingering ‘New Age’ flavour. Without going into details, perhaps the role of mind has previously too frequently been associated with far less rigorous and scientific approaches, leaving prejudices and misinterpretation to freely propagate within the scientific community. It is then a strenous (but vitally relevant) mission to re-evaluate and reconsider the role of the mind under a new light, as these esteemed scientists clearly showed in this intriguing session. 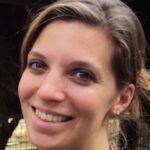 Valeria obtained her degree in Cognitive and Neuro Psychology at the University of Pavia, Italy. She worked for one and a half years as a psychologist at Niguarda Hospital in Milan with children and adults affected with Focal Epilepsy and Parkinson Disease.  Since then she has finished her PhD (entitled ‘Body representation, body localisation and body size perception: a study of bodily modulations’) at the University of Milano Bicocca under the supervision of Dr Alberto Gallace and now is with the BiM team as a post doc fellow.

Valeria’s work investigates the processing of tactile and painful stimuli in the context of multisensory integration and body representation. In particular, Valeria uses the Mirage box to perform bodily illusions in order to investigate self-localisation as in some painful conditions the organisation of peripersonal space has been found to be extremely relevant.

Valeria used to practice track and field, running the 400 metres and recently achieved her aim of running a marathon. As Helen (Gilpin) can confirm she has a special ability to open containers and key rings. What she misses most about Italy is having breakfast with biscuits but is enjoying learning the Aussie lingo and developing quite an Aussie twang!