Alberto Gallace responds to Little Touches Do Mean So Much

Home / Alberto Gallace responds to Little Touches Do Mean So Much

Touch is our first sense to develop, and it provides not only direct information about the objects that we manipulate (e.g., whether they are soft or hard, smooth or rough, etc), but also emotional sensations regarding those interpersonal events that involve our body surface (e.g., a pat on the back, a handshake, a caress, or a kiss). It has even been claimed that tactile contact provides one of most important motivating agent for affectionate responses in both humans and animals.

It is not surprising then to observe that its role in interpersonal relationships has become in the last decades one of the most interesting (although still very little investigated) research topics among neuroscientists and psychologists. What is really surprising is the fact that this new wave of interest towards the study of touch arises in a period of the human history where tactile contact, and interpersonal touch in particular, is actively discouraged more than ever before. Think about the number of times that we see the sign ‘DO NOT TOUCH’ around us!

Maybe this renewed scientific interest towards the study of the tactile modality is just one of the symptoms of the growing ‘need for touch’ of our modern society. We now know that tactile contact affects people’s behaviour in different domains. Just as cited in the New York Times article, good teams tend to be touchier than bad ones and couples who touch more report more satisfaction in their relationships. Similarly, interpersonal touch has been shown to affect people’s attitudes toward specific services, a phenomenon known as ‘the Midas touch effect’ (after the legendary king who transformed everything that he touched in gold!).

Interpersonal touch is important for our well being, this is what we certainly know so far. However, research needs now to understand how tactile contact really works in affecting people’s behaviour. That is, what are the cognitive and neural mechanisms of these effects? And how can we exploit these particular characteristics of the tactile modality for applied and clinical purposes (e.g., for the reduction of pain)? Scientists are now moving towards these directions, for example, by showing that certain parts of the brain, such as the orbitofrontal cortex, respond specifically to ‘pleasant touch’ or that back-rubbing and hugs induce the release of oxytocin (a hormone involved in social-bonding behaviour). 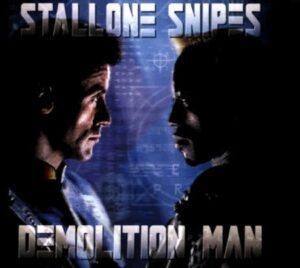 As you can see a long way still needs to be walked. In the meanwhile, we hope that our society won’t pursue the aim to become just like the grotesque society described in the 90’ science fiction movie ‘Demolition Man’ (starring Sylvester Stallone, Wesley Snipes and Sandra Bullock), where all kind of physical contact is definitely prevented and heavily sanctioned!