Treat the pain, mend your brain? 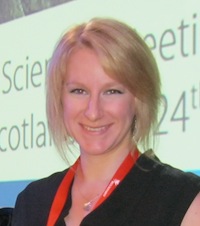 Living with chronic pain can be miserable. Not only are there the nagging aches and pains of every day life, but there might also be forgetfulness, anxiety, depression, or difficulty concentrating as well.

Researchers don’t yet know whether these ‘cognitive deficits’ are caused by pain itself, or whether it’s naturally more forgetful, anxious, depressed or concentration-lacking people who are predisposed to developing some form of chronic pain.

This is where animal studies come in handy to dissociate cause and effect. We recently published a study [1] where rats were given a sciatic nerve injury, and their touch and temperature sensitivity, plus anxiety-like behavior, measured before surgery and followed over 6 months – equivalent to many years of a human lifespan, and much longer than other animal studies investigating pain and cognition. To investigate how cognition was affected, after six months animals did a ‘novel object recognition’ test [2], to see if the rats’ attentional abilities were still intact.

Over 6 months, we saw that the animals remained very sensitive to touch and cold, much as people who suffer from neuropathic pain do if you poke them or expose their skin to the cold.  We also saw ‘anxiety-like’ behaviors – on a raised plus-shaped platform with 2 open and 2 closed arms, animals spent more time ‘safe’ in the closed arms than exploring the exposed arms (a behavior that can be reversed with anxiolytics), unlike ‘sham’-operated control animals. Therefore we could conclude that it was the pain causing the anxiety.

Importantly, we also saw that our animals had problems with attention, much like many chronic pain sufferers.  For a few minutes per day for 3 days, rats had been allowed to explore a large box with 4 objects stuck to the walls. The objects were all exactly the same (size, color, texture and smell) except for their shape. On the 4th day, one of these was replaced with a new shape – for example, a circle was replaced with a square. When animals notice the new object, they spend more time exploring it – which is exactly what we saw in the control animals. However, the rats with the injured nerves spent no more than chance amounts of time sniffing the new object, suggesting they hadn’t noticed the switch.

These results are useful for researchers, as it not only shows that the cognitive problems which go along with chronic pain can be modeled in animals, but also that it’s the pain causing these problems. Finally, this suggests (with some recent evidence to back it up [3]) that if the pain can be treated, then maybe the cognitive impairments could improve too. Good news for anxious and forgetful back pain sufferers! 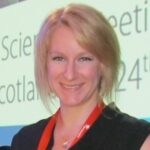 Lucie is a postdoctoral researcher at the National Center for Complementary and Alternative Medicine, at the National Institutes of Health in Bethesda, MD, USA. When not drinking vast amounts of British tea (shipped from her homeland especially), she’s interested in how chronic pain affects cognition, where her socks disappear to in the laundry, and skydiving.