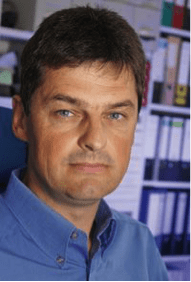 Despite our best scientific endeavors, what actually causes the pain in chronic low back pain (CLBP) often remains unclear. Approximately 85 % of chronic back pain patients are classified as having non-specific low back pain [1] because a definitive diagnosis cannot be given. That is, pain cannot be confidently attributed to known pathoanatomical, physical, or psychosocial factors in these patients.

Several studies in patients with non-specific CLBP revealed an increased pain response (hyperalgesia) when various modalities including mechanical, electrical, and thermal stimuli were applied to the painful back area. For instance, using contact heat (via a thermode), we recently showed reduced heat pain thresholds in the lumbar region of female patients with CLBP [2]. Furthermore, CLBP patients often display signs of hyperalgesia in areas distant from the site of pain (e.g., dorsum of the hand, leg). This suggests that central sensitization of nociceptive pathways may be an important neurophysiological mechanism underlying CLBP.

Previous studies that revealed exaggerated pain responses to thermal stimuli used contact heat stimulators (thermodes) with a large surface area (e.g. 3 x 3 cm2, [2]) and tonic stimulation [3]. Large thermodes are typically employed in quantitative sensory testing (QST) to assess thermosensory function (detection and pain thresholds) of thinly myelineated and unmyelinated nerve fibers (Aδ- and C-fibers) in patients with neuropathic pain [4]. In addition, laser stimulation can be used as an alternative to contact heat stimulation. Laser stimuli selectively activate Aδ- and C-fibers of the superficial skin, and the stimulated surface area is substantially smaller than the surface area stimulated by the thermode.

In our recent case-control study [5], we questioned whether signs of thermal hyperalgesia can be observed in CLBP patients using phasic laser heat stimuli (pulse duration of 1.0 millisecond). Laser heat stimulation causes less spatial and temporal summation than thermode stimulation. We investigated 16 non-specific CLBP patients and 16 age- and gender-matched healthy controls. Specifically, we wanted to assess whether or not CLBP patients would display exaggerated pain responses (thermal hyperalgesia) and altered cerebral processing following painful laser heat stimulation. To this end, we studied laser heat-pain thresholds and laser-evoked brain potentials (LEP) using painful laser stimuli that were applied to the painful back area and distant from the site of pain (abdomen). After each stimulus, subjects rated their pain intensity inflicted by the laser stimulus using a numerical rating scale.

We found that laser heat-pain thresholds were not significantly different between CLBP patients and healthy controls; neither at the affected back site nor at the abdomen. Likewise, amplitudes and latencies of LEP components (N2, P2) did not differ between patients and controls at either the painful or the non-affected area. So our findings suggest that the nociceptive system of CLBP patients may not be in a hypersensitive state per se. Given the characteristics of phasic laser stimuli, we argue that perception of noxious stimuli remains normal in CLBP patients as long as the central processes of temporal and/or spatial summation or expectation of the stimulation are avoided. It is likely that tonic thermode stimulation better characterizes the neural processes of central sensitization in CLBP patients as shown by Kleinböhl et al. [3]. Taken together, our results indicate important methodological differences between laser heat and thermode stimulation that should be taken into account when interpreting results, e.g. from QST. 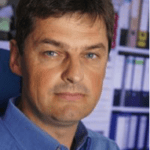 Thomas studied medicine in Moscow (Russia) from 1979 to 1985. He finished his studies in medicine, biomedicine, and biocybernetics receiving the MD in 1985. He started his academic work at the Department of Physiology, University of Jena (Germany). In 1988, he completed his PhD on the subject of “Influences of different physical stresses on indices of central nervous activation (EEG studies)”.

Two years later, in 1990, Thomas received his specialization (Facharzt) in physiology. In 1995, he moved to the Department of Biological and Clinical Psychology at the University of Jena. There he became an assistant professor in 2001 and an associate professor in 2006. Besides pain research, Thomas is also interested in motor learning and cortical plasticity.

Marcel received his degree in psychology from the University of Jena, Germany, in 2009. He is now a PhD student at Department of Biological and Clinical Psychology at the same university. Marcel’s PhD research is investigating the suitability of two methods of thermal stimulation (thermode and laser stimulation) within the realms of mechanism-based diagnosis of pain.