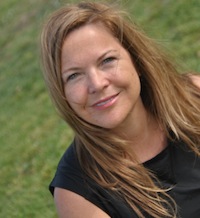 In our last blog (Chronic Pain: Lost Inhibition?) we talked about the role of the thalamus in the development and maintenance of orofacial neuropathic pain. We reported that painful trigeminal neuropathic pain (PTN) is associated with altered thalamic anatomy, function and biochemistry, which may disturb central processing and play a key role in the persistent experience of neuropathic pain (Henderson et al. 2013). In particular, we showed that PTN is associated with a significant reduction in thalamic Gamma-aminobutyric acid (GABA) content, blood flow and grey matter volume.

At this point in time, it is not completely clear whether the revealed thalamic alterations are associated purely with neuropathic pain, or with the injury itself. Because we compared individuals with PTN to individuals without PTN, the injury itself was not factored out (Henderson et al. 2013). To clarify this, we recently compared brain blood flow and biochemistry in 12 people with below-level neuropathic pain after complete thoracic spinal cord injury (SCI) to 11 people with similar injuries and no neuropathic pain, and 21 age- and gender-matched healthy controls (Gustin et al. 2014). Our study revealed that the presence of neuropathic pain is associated with significant changes in thalamic biochemistry and neuronal activity. More specifically, the presence of neuropathic pain after SCI is associated with significant reductions in thalamic N-acetylaspartate (NAA), GABA content and blood flow in the region of the thalamic reticular nucleus. SCI on its own did not account for these changes. Therefore, our findings show that it is neuropathic pain that is associated with altered thalamic biochemistry and blood perfusion, and not the injury itself. Taken together, our research resulted in the identification of thalamic ‘biomarkers’ of neuropathic pain and we developed a putative thalamocortical model for the generation of neuropathic pain (Gustin et al. 2010, Gustin et al. 2011, Henderson et al. 2013, Gustin et al. 2014). This new model implies that inhibitory brain cells (which normally block out pain) within the thalamus have reduced functioning in individuals with neuropathic pain. As a result, there is a reduction of blood flow in the thalamus and the amount of the chief inhibitory messenger, GABA, is decreased. This loss of inhibition may mean that the brain itself is altered, which results in brain rhythm changes that are then experienced as ongoing pain. These brain rhythm changes are called “thalamocortical dysrhythmia (TCD)” and can be detected in the surface electro-encephalography (EEG) via a particular EEG pattern (increased low-frequency theta and alpha rhythmicity) (Llinas et al. 1999, Sarnthein et al. 2006).

Currently, we don’t know which comes first: the neuropathic pain or the thalamic alterations. It’s the classic “chicken or egg” dilemma. To answer this question we will look at the animal literature. In human pain research, the first assessment is usually conducted after the development of neuropathic pain, but in animal models of neuropathic pain you can measure a baseline before the animal develops pain behaviours. There is a very interesting study which compares thalamocortical rhythms in the animal pain model before and after the development of pain (LeBlanc et al. 2014). Using rats, the authors recorded EEG waveforms over the primary somatosensory cortex and local field potentials within the ventral posterolateral thalamus, before and after the development of both acute and chronic pain. To measure acute pain, rats received intradermal capsaicin injection (Cap) in the hindpaw. To measure chronic pain, rats underwent chronic constriction injury (CCI) of the sciatic nerve after the capsaicin injection. The results of the study revealed that thalamocortical coherence was significantly decreased in rats 15 minutes after capsaicin, day 3 post-CCI, and day 7 post-CCI compared to pre-capsaicin. Furthermore, the authors showed that the relative power amplitude was significantly increased between 4 and 8 Hz (theta rhythmicity) 15 minutes after capsaicin, day 3 post-CCI, and day 7 post-CCI compared to pre-capsaicin. These results may lend weight to the hypothesis that it is actually the pain which triggers the decrease in thalamocortical coherence, and the increase in relative power in the theta range. Furthermore, the results of this study are in alignment with human studies which show that ongoing neuropathic pain is associated with increased theta rhythmicity (Llinas et al. 1999) and an alternation in thalamocortical coherence (Henderson et al. 2013). Interestingly, Le Blanc et al. (2014) demonstrated that these changes are fully reversed in the acute pain model and longer-lasting in the chronic model. The persistence of these changes in the chronic model may be due to functional, structural and biochemical thalamic alterations (e.g. decrease in GABA and blood flow) which our group has revealed in subjects with chronic neuropathic pain (Gustin et al. 2010, Gustin et al. 2011, Henderson et al. 2013, Gustin et al. 2014). Furthermore, LeBlanc and colleagues’ finding that TCD already appears in acute pain (within 15 minutes after capsaicin) in the animal model suggests that the thalamus may undergo functional, structural and biochemical changes immediately after injury, resulting in TCD. The development of new treatment approaches which target these thalamic alterations immediately after injury or actually prevent these changes may be a new avenue in the treatment of neuropathic pain. 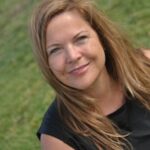 Having completed a PhD in Psychology at the Institute of Medical Psychology & Behavioural Neurobiology, University of Tuebingen, Germany, Sylvia is currently working in Sydney at the Department of Anatomy & Histology, University of Sydney. Sylvia is an eager researcher, aiming to enrich our understanding of the development and maintenance of chronic pain and to develop therapy strategies for the many sufferers of chronic pain conditions.