Patients get chronic neck pain because they are fearful and catastrophic right? Wrong.

Home / Patients get chronic neck pain because they are fearful and catastrophic right? Wrong. 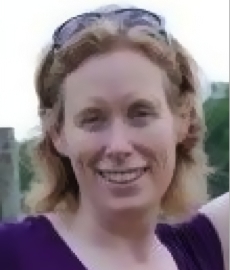 One of the things we try to do at BiM is to help PhD students get their word out. Here is an example, but before you click out because it is ‘just a PhD thesis’ take a look at it because this is one impressive PhD AND it throws up a really interesting finding. DR Esther Williamson asked 599 people a range of questions just after they hurt their neck. Then she followed them for a year. I won’t steal her thunder but I will suggest to you that you should read this post.

My PhD research investigated the role of patient held beliefs about injury and recovery in the development of late whiplash syndrome (LWS) following an acute whiplash injury. LWS refers to ongoing symptoms sufficient to interfere with normal activities 6 months after injury. It was hoped that by gaining greater understanding into how patient beliefs influence outcome we can improve physiotherapy management of acute whiplash injuries. Participants taking part in this research also took part in a randomised controlled trial of physiotherapy treatments for whiplash injuries[1].

Following a systematic literature review [2], a prospective cohort study (n=599) was conducted to investigate if beliefs assessed soon after injury were risk factors for poor outcome. Patients who thought they would take longer than 6 months to recover or were unsure they would recover were more likely to develop LWS. Lower expectations of benefit from the treatments that patients’ received as part of the RCT were also a risk factor for LWS. Patients with less confidence in their ability to cope with their neck problems (self-efficacy) were at risk of poor outcome in the short term (at 4 months) but not longer term follow up (8 and 12 months). Interestingly, fear avoidance beliefs and catastrophic thinking were not related to outcome even though these factors are often considered risk factors for poor outcome. Potential confounders such as baseline pain intensity, disability, distress and age were controlled for in the analyses.

I also conducted a qualitative (interview) study (n=20). This study highlighted that although being optimistic was helpful it was important to help patients form realistic expectations of recovery. Patients emphasised the value of reassurance from health professionals. A feature of patients recovering slowly from their injury was a lack of confidence to self-manage their injury and they often expressed unhelpful beliefs about pain. Fear avoidance early on after injury was common but it became problematic when patients did not overcome their fears and return to activity. This helps to explain why baseline fear avoidance beliefs do not predict outcome.

These findings suggest several potential ways we can help patients to recover from whiplash injuries. Provide reassurance to patients. It is very important and valued by patients. Encourage patients to be optimistic but realistic about their recovery. Ensure patients have the confidence (and skills) to manage their own condition. Address unhelpful pain beliefs that could be potential barriers to recovery. 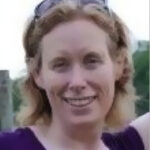 Esther is originally from Brisbane, Australia where she did her physiotherapy degree at the University of Queensland. Esther has lived in the UK for the past 15 years and recently completed her PhD at the University of Warwick where she worked part-time as a research fellow in the Clinical Trials Unit. Esther’s main research interest is finding out ways that physiotherapists can improve the management of acute injuries and prevent long term disability. Her other job is looking after her two kids, Fraser and Annie.