Are cell-based therapies effective for low back pain?

Home / Are cell-based therapies effective for low back pain? 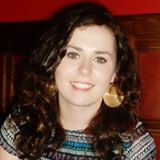 In recent times, there has been a surge of interest in the use of cell-based therapies for the treatment of a range of musculoskeletal conditions, with many high profile sportspeople availing of these therapies (e.g here and here). Cell-based therapies can involve the use of chrondrocyte or mesenchymal stem cells. These are typically extracted from the patient’s bone marrow or cartilage and inserted into the affected region (e.g. the lower back). They are proposed to work via the regeneration of spinal structures which are classified as degenerative or “diseased”.[1,2] While a body of animal research suggests that these cells can increase the expression and production of collagen and the extracellular matrix in intervertebral discs,[3,4] we were not aware of compelling evidence that they convincingly improved patient outcomes, in fact quite the opposite.[5,6]

For this reason, a recent systematic review and meta-analysis[7] attracted our attention. The review and single-arm meta-analysis investigated the effect of cell-based therapies (chondrocyte or mesenchymal stem cells) on pain and disability in people with “discogenic” LBP. The results showed large effect sizes in support of cell-based therapies for reduction of pain and disability and advise that cell-based therapies should be a treatment consideration for people who do not respond to conservative treatment. Given that these results appear different to the current human studies using cell-based therapies we were aware of[5,6], we wanted to see if there were any reasons for such markedly different results. Closer inspection of the review identified several concerns that we addressed in our letter to the editor.[8] These included:

Finally, and critically, the overall philosophy of the review does not appear to adopt, or appreciate, the contemporary understanding of LBP mechanisms. The manuscript as a whole appears to be based on a now outdated, purely structural model of LBP. Structural abnormalities on spinal imaging are very common in people with NSCLBP, but these findings are also common among asymptomatic individuals.[10,11]  The idea that disc degeneration is a likely cause of a person’s LBP, which then becomes the target for cell-based therapy, is a presumption not backed up with strong evidence. In addition, even if the disc degeneration is symptomatic and related to a person’s pain, we lack specific clinical tests to identify its contribution.[12] Furthermore, what the authors label as discogenic pain is likely to be influenced by multiple factors across the biopsychosocial spectrum. For example, there is now strong evidence that LBP is driven by a combination of physical, psychological, lifestyle, social and unmodifiable (e.g. genetics) factors. Therefore, simply applying cell-based therapies to a degenerate disc without addressing other important risk factors for pain and disability is arguably unlikely to result in long-term benefits for large proportions of the population of people with LBP.

Overall, while cell-based therapies are seen as popular due to an apparent increase in uptake among celebrities for LBP and other musculoskeletal conditions (e.g here and here), as is so often the case, this enthusiasm is not supported by good evidence. It is our contention that, strong conclusions of efficacy and recommendations for use about cell-based therapies should only be stated with confidence when high quality RCTs without significant methodological issues demonstrate that they improve outcomes. 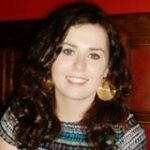 Dr Mary O’Keeffe has just received her PhD in the University of Limerick, Ireland. Her PhD research examined whether tailoring multidimensional rehabilitation to the individual chronic LBP patient enhances effectiveness, and is worth the additional time (and costs!) involved. Her supervisors were Dr Kieran O’Sullivan from UL and Prof Peter O’Sullivan from Curtin University, Perth. 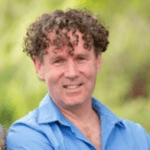 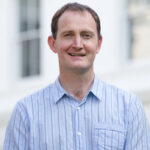 [5] Haufe S, Mork A. (2006) ‘Intradiscal injection of hematopoietic stem cells in an attempt to rejuvenate the intervertebral discs’, Stem Cells and Development, 15:136-37.