Are we overly negative when interpreting the results of clinical brain imaging studies?

Home / Are we overly negative when interpreting the results of clinical brain imaging studies? 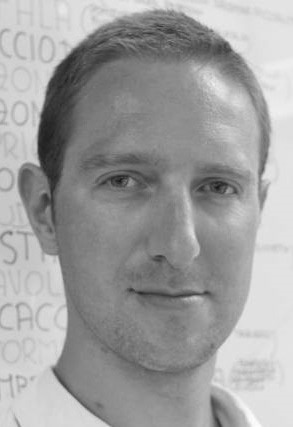 Chronic pain, and the biological mechanisms contributing to pain, are as multifarious and complex as the people who experience them. Because a better understanding of individual differences offers opportunities to design better targeted treatments, neurological markers that reflect brain contributions to chronic pain, disability and related symptoms such as disturbances of body perception are sought. Indeed, the Holy Grail of “precision medicine” for chronic pain requires the discovery of biomarkers that are specific and sensitive to pathological mechanisms. When researchers investigate brain changes in individuals with chronic pain, however, these changes are normally assumed to be pathological. In contrast to this, I have been involved with two recent brain imaging studies that point to possible adaptive changes in people with chronic pain.

The most recent of these studies investigated Event-Related Potentials (ERPs) in individuals with Complex Regional Pain Syndrome (CRPS) (currently available online with the Journal of Pain [1]). The study builds on work showing that patients with CRPS commonly (but not universally) show signs of difficulty discriminating touch sensations – for example when given the task of identifying which digit on the hand was touched by the experimenter when the patient is not able to see their hand to help make the judgement (reviewed in [2]). We investigated tactile processing in 13 people with CRPS, focussing on a robust late-latency event-related potential (ERP) component – the P300 – as one potential biomarker of cognitive mechanisms contributing to difficulty in discriminating touch. As well as measuring their ability to discriminate which digit had been touched, we also measured the time taken to verbally report this back to the experimenter. Until now, there has been little attempt to differentiate mechanisms contributing to these two aspects of discrimination accuracy and response time.

We found that longer response times in those with CRPS (compared to a control group) were associated with a larger amplitude P300 response, a signal that we found originated from supplementary motor area (SMA). The SMA is a region involved both in making decisions about sensations (e.g. in our experiment, which digit was touched) and also planning motor responses (e.g. reporting which digit was touched back to the experimenter). This suggests that the SMA contributes to the slowed response times in people with CRPS. An unexpected finding, however, was that the P300 was greater in those people who reported being less disabled on their CRPS-affected limb. We therefore speculated that larger P300 responses might reflect a mechanism that compensates for CRPS-related disability, rather than being a source of pathology per se. Our finding requires replication and a more detailed investigation to understand the relation of cortical activity to limb functioning. But it points to an often unacknowledged possibility in findings from brain imaging studies: that differences we observe in people with medical conditions might sometimes be markers of positive adaption rather than pathology.

Both studies challenge the archetypal view of the ‘patient’, which is that if they present to their doctor with symptoms, there can only be something wrong with them. Rarely do researchers consider what might be right with the person. This is particularly important to consider in the brain sciences: the brain is a complex organ providing the biological capacity underlying all cognition and behaviour. We also know that people can learn new beneficial ways of thinking and acting as a result of enormous challenges in their life circumstances, which they may not otherwise have had the impetus to learn. It therefore seems highly unlikely that persistent differences in brain structure and function in people in chronic pain are entirely pathological. So let’s not be overly negative when interpreting findings from clinical studies using brain imaging. 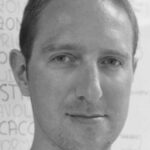