Working where it really matters: Botulinum toxin A targets pain hypersensitivity in the CNS

Home / Working where it really matters: Botulinum toxin A targets pain hypersensitivity in the CNS 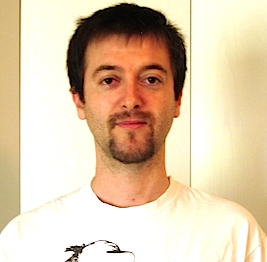 Botulinum toxin type A (BoNT/A), an enzyme produced by Clostridium botulinum, owes its potency to its exquisite ability to invade neurons and to block the vesicular release of neurotransmitters. By cleaving a peptide bond on a synaptic protein called synaptosomal-associated protein 25 (SNAP-25), BoNT/A prevents the synaptic vesicles from fusing with presynaptic plasma membrane. Remarkably, one of the deadliest substances known has been turned into a therapeutic protein with an emerging role in pain treatment. BoNT/A is an approved chronic migraine drug, and a treatment option for certain chronic pain disorders that are more difficult to treat with conventional analgesics, like different types of neuropathies, low-back pain, arthritis, etc. The biggest advantage of BoNT/A use is that, due to the long-term survival of toxin’s enzymatic part within neurons, the clinical effects may last for 3-6 months after a single peripheral application. Another important benefit of BoNT/A in chronic pain states accompanied by hypersensitivity, is its ability to normalize the thresholds to non-nociceptive and nociceptive stimuli. The question of why BoNT/A targets the pain hypersensitivity, and not the normal sensitivity to evoked stimuli has not been addressed in detail up to now. In a recent study [1] we examined if the BoNT/A action on pain may be selective for a certain neuronal population. We found that the likely candidates were capsaicin (chili pepper pungent substance)-sensitive sensory neurons, or more specifically, their central terminals in CNS. Growing evidence suggests that these dorsal horn terminals, that express the capsaicin receptor (also known as vanilloid-1 receptor or TRPV1), are important mediators of chronic pain and hyperalgesia [2].

We applied BoNT/A to the faces of rats and mapped the regions and synapses targeted by BoNT/A in the brain. The immunohistochemically labeled enzymatic product of BoNT/A – cleaved SNAP-25 – appeared only in the trigeminal nucleus caudalis (the dorsal horn equivalent specialized for trigeminal nociceptive input). No such signal was observed in higher level nociceptive regions (thalamus, cortex etc.). The central cleaved SNAP-25 in nucleus caudalis disappeared after trigeminal primary afferent ablation, suggesting that BoNT/A is active in central afferent terminals of trigeminal sensory neurons (1).

We then examined if the capsaicin-sensitive neurons were involved in BoNT/A antinociceptive activity by selectively denervating them with a high dose of capsaicin delivered into the trigeminal ganglion. After denervation, we could no longer detect the cleaved SNAP-25 in the nucleus caudalis. In a model of formalin-induced facial pain, BoNT/A efficacy was completely prevented by denervation with capsaicin – strongly suggesting that BoNT/A antinociceptive action is mediated by capsaicin receptor (TRPV1)-expressing neurons (1).

What is the potential meaning of these findings? They suggest that peripherally administered BoNT/A may modulate the nociceptive transmission of glutamate and other neurotransmitters associated with capsaicin-sensitive neurons at the first sensory synapse in the CNS. Theoretically, since TRPV1 translocation to plasma membrane is also mediated by SNAP-25, BoNT/A might block the TRPV1 receptor-mediated nociceptive transmission at central afferent terminals (1).

We are very cautious in suggesting that the prevention of nociceptive transmission at the central synapse of primary afferents is the sole mechanism of BoNT/A action on pain in the CNS. It seems that there are some additional players which participate in the BoNT/A central action. By employing antagonists it was shown that spinal opioid and GABA-A receptors are necessary contributors to the toxin’s antinociceptive action, suggesting the involvement of endogenous opioids and GABA (6,7). BoNT/A and opioid agonist morphine have synergistic effects on inflammatory and neuropathic pain, and BoNT/A prevents morphine-induced tolerance (8). We are still unsure of the mechanisms that underpin these observations. Theoretically, they might be linked to possible changes in dorsal horn synaptic plasticity, which is considered a key player involved in chronic pain development.

We have moved on from the previously simple idea that BoNT/A actions on pain occur only in periphery. However, now it seems that there are even more questions awaiting to be answered. This new line of enquiry will potentially bring us closer to the answer on how BoNT/A works in certain pain conditions and how to fully exploit its potential benefits. 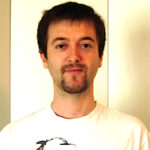 Ivica Matak is a Junior Research-Assistant at the Department of Pharmacology, School of Medicine, University of Zagreb in Croatia. Ivica has a background in Molecular Biology and his PhD study focusses on pain mechanisms and botulinum toxin activity in the CNS. The majority of his work is done at the Laboratory of Molecular Neuropharmacology with Prof Zdravko Lacković at the Zagreb School of Medicine and he has also worked with Prof Peter Riederer at the University of Wuerzburg in Germany and Assist Prof. Zsuzsanna Helyes at the University of Pecs in Hungary.