Sense of ownership is necessary to anticipate pain

Home / Sense of ownership is necessary to anticipate pain 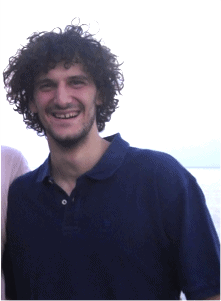 The awareness of being the owner of one’s body is probably the most common basic experience in life and is rarely considered as a cognitive function – just like speech or memory. This sense of ownership can be disrupted by brain injury, leading to a striking neuropsychological condition called somatoparaphrenia, defined as the acquired delusion that one’s own limbs belong to someone else.

Several studies have described  the clinical features of somatoparaphrenia, including that it typically affects the left side of the body, in association with right hemisphere damage (Gandola et al. 2012).  However, prior to our work, there were no investigations into the physiological signs that might provide clues as to the level at which sensory functions are disrupted.

In a study that we recently published in the journal Brain (Romano et al. 2014) we investigated this issue by measuring the anticipatory skin conductance response to threatening stimuli (a needle) approaching a body part.  We tested both the affected and the unaffected body sides in three groups: five patients with somatoparaphrenia, five patients with anosognosia for sensory deficits (patients with a preserved sense of ownership but who lack awareness of their somatosensory deficit), and five purely hemiplegic patients who had no deficits in ownership or sensory awareness.

We expected that somatoparaphrenic patients would show a selective lack of pain anticipation responses when stimuli were directed to the left (contralesional and affected) hand. This was based on the working hypothesis that a deep representation of one’s own body is a prerequisite for the proper anticipation of incoming sensory stimulation, even when the approaching stimulus can be seen.

Previous experiments have shown that healthy participants who have an illusory sense of ownership over a fake hand (as in the Rubber Hand Illusion) show an increased skin conductance response when that fake hand is threatened (Armel & Ramachandran, 2003). Consequently, we hypothesised that patients with a lack of ownership for that body part should show a reduced or even absent skin conductance response when a threatening stimulus was directed toward that body part.

Our results demonstrate, for the first time, that the delusions shown by somatoparaphrenic patients are associated with an altered  sensory processing at a physiological level, suggesting a deep detachment of the affected body part from the patient’s representation of their own body. In contrast normal reactions to incoming threat were found in patients with impaired sensory awareness but intact body ownership, supporting the notion that representation of the body may be affected at different levels following brain damage.

We suggest that somatoparaphrenia may be associated not only with disruptions of body representation, but also with a more general alteration of body-space interactions, including reduced reactivity to harmful stimuli that enter the ‘safety region’ surrounding the body. In light of this we speculate that the feeling of being the owner of one’s own body is important for interactions with the external world, including for anticipation of potentially dangerous stimuli approaching one’s own body, which allows one to adopt defensive responses. In other words, for us to be alerted to incoming threats, a mental representation of a body part is necessary: a body part’s mere connection to the body is not sufficient. 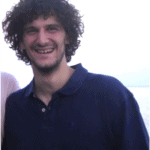 Daniele Romano (1984) had just defended his PhD thesis in experimental psychology, linguistics and cognitive neuroscience at the University of Milano-Bicocca (January 2014). He completed his bachelor studies in Psychology in Milan, followed by a master degree in Neuropsychology. He undertook his PhD at University of Milano-Bicocca under the supervision of Angelo Maravita, spending also part of this period at the LNCO directed by Olaf Blanke,  studying the interactions between the sense of ownership and the processing of painful stimuli.

His current research interests include the study of pain processing in patients with deranged body representation (Somatoparaphrenia, Xenomelia, Alien Hand, Anosognosia), and the mechanisms underlying the Mirror Box Therapy.

Here is the link to Daniele’s published studies.