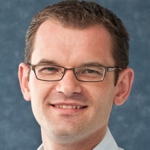 I recently read an interesting article from Vraceany et al titled “Less specific arm illnesses”. The authors make some very good points about what are frequently futile clinical approaches. However, the foundations they erect to support these arguments made me think about how we approach the whole idea of what is and isn’t biopsychosocial treatment. In particular, I have often thought that the very definition of the biopsychosocial approach, in terms of what it encompasses and ultimately means to us in practice, can sometimes be as solid as whatever is barely keeping Venice afloat.

The Vraceany article very sensibly pleads that we look beyond the often futile search for clear signs of pathology in non-specific arm pain. Their encouragement to help people manage suffering and disability over just treating pathology is highly commendable. However in reading this piece I overwhelmingly felt that their supportive arguments still clutch onto the coat-tails of their reductionist ancestors. For instance, the idea that we even need to explicitly distinguish between “verifiable disease” and “functional illness” suggests to me that a form of Cartesian dualism still guides our categorisation of illness. The idea that the latter should be labelled a “nonspecific illness” asks us to draw a distinction between a “specific” physical-body-based and a “nonspecific” person-based disorder. I fear that the use of such divisions demonstrates that we, as clinicians and researchers, often promote the idea of  the biopsychosocial but still maintain an internal struggle between what arises of the mind and that which arises from the body.

The contemporary model of illness, at least as I understand it, accepts that the whole body is involved in ongoing and complex interactions between its component elements (from molecules to cells, organs, systems, and the person as a thinking and feeling being). These elements influence each other through extremely convoluted and, probably, unpredictable ways. In short, there is no clear distinction as far as our bodies are concerned between what I do and what I think of doing or how I feel about doing it. To give one example: when I say that depression has an impact on pain, this is tantamount to saying that the physiological, biochemical, and behavioural consequences of low mood interact with the body to regulate the signals that are ultimately responsible for my reports of being in pain.

With this model in mind, it appears sensible to me to propose that the biopsychosocial model is, in fact, essentially synonymous with the biomedical model; the biopsychosocial model merely explicitly highlights to us that the body functions as a whole. What physically changes in us, what we think about, and what we feel all impact on our physiology (changing our chemistry, how our neurons fire, etc.). This is all biomedical even though, these days, many of us see the latter as a dirty word. In fact, I would suggest that in a very important way, distinguishing biopsychosocial from the biomedical affirms that a qualitative difference exists between how our “mind” and our “body” interact with our physiology.

The advice made by Vranceanu et al that we should attend to function and quality of life in nonspecific illness is wise when one attempts to highlight the importance of that which lies beyond the MRI scan. However if, as I believe is the case, we see every illness as a functional illness (some just have more obvious physical findings than others), these suggestions are quite redundant. After all, every illness is an expression of the many different processes that go on inside us. Even “nonspecific illnesses” have a trigger including those mentioned by the authors like IBS, RSI, cystitis, and CRPS. Although “those who study human thought and behaviour” have offered a wealth of knowledge to our understanding of such illness, it is my belief that their explanations are not in competition with nor better than any others. Simply, they are part of a great puzzle for which we are slowly collecting the pieces. Individually, these pieces are meaningless but together they paint an amazing picture which, eventually, we’ll be able to see.

Finally, since Complex Regional Pain Syndrome, CRPS, is the subject of my current work, I would like to address this specifically. The argument against the label of CRPS is made on the grounds that an attempt is being made to create a pathophysiological process out of a vague symptomatology. In fact, the label of CRPS as a syndrome incorporates into its definition an explicit understanding that we are defining a functional problem. However, functional does not mean psychological but rather again refers to a complex interaction of risk factors, triggers and potentiating factors that culminate in a fairly consistent collection of signs and symptoms.  In line with my prior argument, CRPS is indeed a complex condition that may include altered inflammatory reactions, brain changes, psychosocial or other potentiating factors plus that elusive factor x. These changes and their sequelae, however, qualify as being just as real a pathophysiology as the presence of a fractured radius. A collection of these different factors has the right to be given a diagnostic label if there is reasonable consistency in how it is used and allows a common language surrounding the problem. Ultimately, all diagnostic labels are made by convention and agreement for the purposes of ease of engagement with patients, researchers, and clinicians.

Perhaps it is time that we clarify exactly what we mean when we talk about biopsychosocial and biomedical.

Luke Parkitny is a PhD student at Neuroscience Research Australia. He is researching some of the factors that play a role in the development of complex regional pain syndrome (CRPS). Luke joins the Body in Mind team with a background of clinical practice and research in Western Australia. He has rapidly cultivated an interest in all things pain and has very successfully exploited every opportunity to share this knowledge with other health professionals and lay-persons.