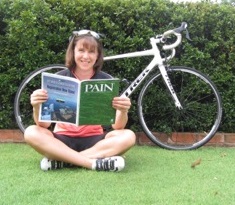 It is common for people with low back pain (LBP) to see their local doctor for assessment and advice – especially when symptoms are severe or prolonged enough to be worrying. Doctors’ management approaches vary, but clinical guidelines consistently recommend some principles of ‘best practice’ care to follow when there is low suspicion of a serious problem (as is most often the case). These include providing their patients with high quality information that is reassuring, encouraging them to remain active, and avoiding x-rays or scans (O’Connell et al. 2016).

Despite these recommendations, scans are frequently requested. In this study we were concerned with investigating the impact that receiving the results of scans has on people with LBP (Karran et al. 2017). Many scan reports describe degenerative features that patients (and their healthcare providers) interpret as abnormal, often without due consideration of whether the findings have relevance to their current complaint.  The intriguing fact is that many frequently reported degenerative findings are also commonly found in adults without pain. Would patients think differently about the condition of their back, or behave differently, if they had a better understanding of what a ‘normal’ spine looks like on a scan?  Or if they received a report which interpreted the meaning of (or even avoided) the scary words and phrases that scan reports so commonly contain?

In a randomised, online, scenario-based study design, we investigated the impact of providing varied types of information on the ‘back-related perceptions’ (BRPs)* of ‘virtual patients’ with LBP.  Participants were provided with a scenario describing a person who injures their back while lifting, and were asked to imagine that they were person described in the scenario as they answered some questions.  The scenario was further developed to describe the person’s concern about their slow recovery (3 weeks later) and their decision to go to see their doctor. Participants were then randomly allocated to 3 groups:

i.  A scan is recommended and the participant receives information about normal scan findings prior to receiving their own results.

ii.  A scan is recommended, but the participant does not receive any information prior to receiving their results.

iii.  The doctor provides high quality information and does not recommend a scan (‘best practice’ care).

Participants who received a scan were further randomised to receive a standard or ‘enhanced’ type of reporting strategy – involving the addition of epidemiological information (i.e. prevalence rates for common degenerative findings in symptom-free adults of similar age) and/or a report in which the language and content of the report summary had been altered.

Data were collected from 660 volunteer adult participants (68% female) who responded to a study advertisement. Analyses revealed that receiving best practice care resulted in more positive BRPs than receiving scan results, but that receiving prior information about normal findings had no impact. Enhanced reporting also positively impacted BRPs – suggesting that novel reporting strategies may have the potential to convey reassuring information for patients who receive a scan. Interestingly, satisfaction ratings were also more positive for the ‘virtual’ patients who received best practice care than for those who received a scan.

This investigation was exploratory in nature and limitations associated with the study methods used and conclusions that can be drawn are discussed in the paper. Nonetheless, we consider our findings to have the potential to beneficially inform future health care delivery. Of relevance to the problem of scanning overuse for LBP (sometimes driven by the belief that it will offer reassurance or that patients expect it) is the suggestion that information alone can effectively reassure, and that patients are likely to readily accept an approach that does not offer a scan if high-quality information is provided. Our study indicates that devoting careful attention to what clinicians say to patients with LBP is likely to be worthwhile and that further investigation of novel approaches to spinal imaging reporting should be considered.

* Back-related perceptions (BRPs) was a composite outcome score derived from 3 numeric rating scale questions.  We considered that ‘patient’ reassurance (reduced fear and concern) would be reflected by higher BRP scores. 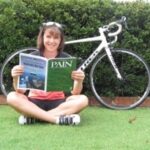 Emma Karran has a background in clinical Physiotherapy and education.  She is a current PhD candidate with the Body in Mind Research Group at the University of South Australia,   supervised by Prof. Lorimer Moseley.  She is supported by grant and scholarship funding from the Royal Adelaide Hospital Research Foundation.