Mid-back pain after traffic collisions: can your expectations move that mountain?

Home / Mid-back pain after traffic collisions: can your expectations move that mountain? 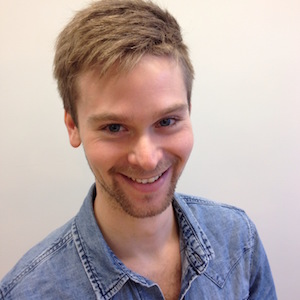 “I saw my doctor and he said to me that some people suffer, that whiplash can take up to 18 months. Well, now I can see that he was  right.” Patient with chronic pain after a traffic collision (Williamson et al., 2015)

Recovery expectations have been found to play an important role in the prognosis of neck pain after traffic injuries (Holm et al., 2008; Carroll et al., 2009), as well as non-traumatic pain conditions such as low back pain (Kongsted et al., 2014). Expectations for recovery can be seen as a dynamic interaction of beliefs, self-efficacy, personal experience, observation of and input from others, and cultural and social context (Janzen et al., 2006; Carroll, 2011). When a bunch of experienced researchers and I investigated the prognosis of mid-back pain (MBP) after traffic collisions, expectations for recovery once again turned out to be an important prognostic factor (Johansson et al., 2015). Here follows a summary of why and how we conducted the study, and what we found.

To investigate this, we used data from a population-based inception cohort of all individuals in the Canadian province Saskatchewan who were injured in a traffic collision during a two-year period. A wide range of data was collected shortly after the collision and at five follow-ups during the subsequent 12 months. We formed a sub-cohort of individuals reporting MBP at baseline, and used a number of exclusion criteria to avoid recall and time-zero bias (i.e., a potential bias related to the enrolment of participants in a longitudinal cohort study leading to systematic differences between participants at the beginning of the study) as well as to exclude serious injuries. A self-reported measure of global recovery was used as outcome. We calculated the annual overall and age- and sex-specific incidence rates, and used survival analysis methods (i.e., the Kaplan-Meier method and the Cox proportional hazards model) to describe the participants’ course of recovery and to explore what factors that were influencing their recovery.

What did we find? Our sub-cohort consisted of 3,711 individuals with MBP (67% women; median age 35.7 years). Besides MBP, 95% reported pain in the neck. Many participants (70%) reported pain in both the neck and the low back in addition to MBP. About 80% reported four or more pain sites. The participants were asked about their expectations for recovery; the most common expectation was to ‘Get better slowly’ (43%), followed by ‘Do not know” (35%), ‘Get better soon’ (20%) and ‘Never get better’ (2%).

The overall average incidence rate was about 237 per 100,000 population and year. The highest incidence rates were found in younger individuals and in women. The median time to first reported recovery was 101 days, and about 23% had not recovered after 1 year.

Several baseline characteristics were associated with an extended time to recovery. These included increasing age, having three or more dependents, increasing pain intensity in the low back, head and hands, poor current general health compared to 1 year ago, having three or more severely affecting comorbidities, having previous injury insurance claims, and poor expectations for recovery. The participant’s recovery expectation was a strong prognostic factor; those answering ‘Never get better’, ‘Don’t know’ and ‘Get better slowly’ were much less likely to be recovered compared to those answering ‘Get better soon’ (hazard rate ratio [HRR]: 0.28, 95% confidence interval [CI]: 0.19–0.40; 0.51, 0.45–0.57; and 0.72, 0.65–0.80, respectively). This can be compared with being 50 years or older (HRR: 0.79, 95% CI: 0.70–0.89, vs. being 18-23 years old) and having a previous traffic injury insurance claim (HRR: 0.72, 95% CI: 0.65–0.78).

What implications do these findings have? From my perspective, look beyond the neck in patients presenting with pain after traffic collisions; MBP is a common symptom and many affected individuals experience a long recovery time. Additionally, screen for the presence of prognostic factors and try to implement them in your treatment plan. For example, a patient with severely affecting comorbidities, a previous injury insurance claim and poor recovery expectations (i.e., high risk of a poor prognosis), may require a different approach (e.g., multidisciplinary) than a patient with a low risk of a poor prognosis. When interpreting these results, it should be emphasised that this is the first study investigating the prognosis of MBP after traffic collisions; further studies are needed.

“I don’t know if it’s my belief in science or something like that… They can put a man on the moon they should be able to fix a neck injury.” Patient with neck pain after a traffic collision (Bostick et al., 2012)

Be curious. What pain beliefs do the patient have? We all have individual beliefs specific to the experience of pain, such as being ‘a part of life’ or ‘something dangerous that should be avoided’. Behind many patients’ pain beliefs lies a mechanistic view of our body, where pain is a sign of tissue damage that needs to be “identified” (e.g., by the use of imaging) or “fixed” (Darlow et al., 2015; Jenkins et al., 2015). If the back is believed to be damaged and vulnerable some activities might appear to be dangerous for the patient, fuelling catastrophising thoughts (i.e., negative beliefs about the future) and fear avoidance behaviour (Vlaeyen and Linton, 2000). And a patient’s underlying doubt about the back’s ability to heal could possibly be reflected in an uncertainty about his or hers prognosis.

So let us explore patient’s expectations for recovery; are they optimistic or pessimistic? Realistic? Could a patient’s poor expectations for recovery be rooted in beliefs that their pain condition is permanent or a feeling of not being in control of their pain? The role of explaining basic pain physiology (Butler and Moseley, 2013; Nijs et al., 2014) in the above-mentioned examples seems to me quite relevant.

We still have a lot to learn about expectations for recovery. Although we know that they influence the prognosis of different health conditions, we still do not know whether expectations are modifiable or not. This could be interesting to investigate in a future intervention study.

I believe that clinicians play an important role helping patients move that mountain by challenging inappropriate pain beliefs, explaining pain and assisting them to achieve realistic and optimistic expectations for their recovery. 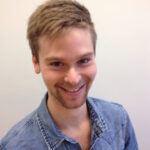 Carroll, L.J. (2011). Beliefs and expectations for recovery, coping, and depression in whiplash-associated disorders: lessening the transition to chronicity. Spine 36, S250-256.

Jenkins, H.J., Hancock, M.J., Maher, C.G., French, S.D., and Magnussen, J.S. (2015). Understanding patient beliefs regarding the use of imaging in the management of low back pain. Eur J Pain.

Williamson, E., Nichols, V., and Lamb, S.E. (2015). “If I can get over that, I can get over anything”–understanding how individuals with acute whiplash disorders form beliefs about pain and recovery: a qualitative study. Physiotherapy 101, 178-186.