There is no such thing as a new idea continued

Home / There is no such thing as a new idea continued 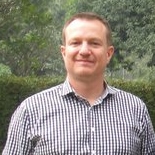 (continued from last post)…Socio-cognitive models have been used by health psychologist to increase our understanding of a variety of health behaviours.  What about disability associated with low back pain?  If we can think of disability as made up of specific behaviours then and if these behaviours are intentional it follows that people with low back pain can decide whether to perform them (or attempt to perform them).  Behaviours are regarded as intentional when the proximal determinant of the behaviour is the formation of intent.  This is the essential part of the model; it is the key that gives psychology access to pain related disability, as intention to perform any given behaviour is the best predictor of actually performing it.

If the behaviours that make up disability are intentional – a person decides whether to get up from a chair using an armrest, or decides to stay at home, or take time off work, or walk more slowly than usual – what is intention, how is an intention formed?

There have been a number of socio-cognitive models proposed to explain intention but probably the most commonly used and applied model is the Theory of Planned Behaviour, proposed by Azjen (1988).  It isn’t perfect, doesn’t work in every context and has evolved to include some other predictors over the years, such as habit and context.  The general principles have quite a bit of research support and I think that it is a helpful model to think about low back disability.  The theory proposes that intention is formed by a combination of an attitude towards the behaviour, the social pressure to engage in it and whether a person believes that he or she has the necessary internal and external resources to achieve it.  Respectively these constructs are called attitude, subjective norm and perceived behavioural control.

This model has helped me think about some of the things we observe in patients with low back pain who are disabled.  Social influences on disability, for example, are often referred to in the literature but their mechanism, or the way in which they affect disability is rarely explained.  The Theory of Planned Behaviour proposes that social influences; influences from a partner, family, doctor, physiotherapist and the wider culture, act on disability through social pressure to perform (or not perform) particular behaviours. If you perceive that your family are telling you to rest when you have low back pain, you are more likely to form an intention to rest, and then to actually rest.  Some cultures may value these types social influence more highly than others and for some patients with low back pain trying to get them to change their behaviour is probably made easier if the rest of the family are involved too.  Perceived behavioural control can be thought of as simply whether a person believes that he or she has both the internal (skills or self efficacy) and/or external resources (time, money, opportunity etc) to perform the behaviour.  Finally an attitude towards behaviour describes the subjective evaluation (positive or negative) of the behaviour, or more specifically the outcome of what we think the behaviour will lead to.  If a person has low back pain, pain intensity, expectation of pain, and fear of pain will very likely to play an important role in the formation of the attitude towards any particular behaviour.

That is a pretty sketchy outline of the Theory of Planned Behaviour, and that is only one example of a socio-cognitive model.   Few of these models have research support for them in the literature on low back pain as to my knowledge they haven’t been tested (a exception is Bandura’s Social Cognitive Theory from where we get the construct of self efficacy).  It may not be the best model and things in psychology tend to move on pretty quickly, health psychologists in particular seem enamoured with developing models.  The most important point for me though was that it made me consider that low back disability is primarily governed by psychological principles, and might be regarded, at least to some extent, as a motivational problem.  It also made me think more broadly about what other influences there might be on low back disability, other than just pain, and how changing these influences might lead to changes in disability. 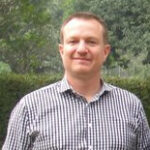 James is Manager of the BiM research group at NeuRA. He is a veritable expert at this sort of thing – having been Manager of the Back Pain Research Group at Sydney University and the George Institute. James is possibly the most interesting manager in the world – former club promoter, bar/restaurant and night club operator, underground house music connoisseur, psuedo-vegetarian (for the most interesting of reasons), moped rider and psychologist (yes – that does make him interesting). James has a PhD from Brunel Uni, UK on cultural influences in back pain.

James’ personal research is in identifying and treating risk factors for chronic back pain and developing approaches to improve management of chronic low back pain. Recently he has become interested in novel strategies for managing clinical pain in the real world. More about James here. Link to his published research here.