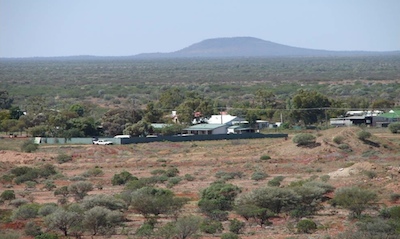 At first I felt a bit weird with them telling me I had arthritis and that. I thought it was a bit of a joke. Then they showed me the x-rays and that and MRI, cat scan, whatever it was, it was a bit depressing and a bit shocking being young and finding out you’ve got arthritis. It wasn’t too good.

A lot has been written about the pitfalls of biomedical oriented beliefs in low back pain care e.g. [1] but just how far do these issues extend?

Secondly, in contradiction to my clinical observations working as a physiotherapist in an Aboriginal Community Controlled Health Care Service, early research suggested that low back pain is highly prevalent in Aboriginal populations, however not disabling because of cultural beliefs about pain [2].  If this is true there may be valuable lessons for all populations about protective beliefs. If this is not true and these conclusions are either generalised (e.g. see p43 [3]) or out-dated due to recent medicalization of the problem, the problem of low back pain may be sidelined for Aboriginal people.

We undertook a qualitative study in a regional and two remote areas in Western Australia (see photo above), interviewing and yarning with Aboriginal people about their low back pain.

Contrary to previous research we found that persistent low back pain was substantially disabling for some Aboriginal people with impacts on activities in daily life, employment, sport and family participation, and emotional and cultural well-being [4].

Rather than cultural beliefs about pain being protective of disability, even those in remote areas held negative biomedical oriented beliefs about the cause of pain (e.g. “bone crunchin’ on bone”) and the future  (e.g. “he told me I’d end up in a wheelchair”) [5].  These beliefs were more common to those who were more disabled, and originated from health care practitioners such as doctors (in particular medical specialists), physiotherapists and chiropractors.  Beliefs were often related to findings on spinal radiological imaging.

Our findings show how pervasive biomedical approaches to LBP are and their potential negative impact on disability.  Often these beliefs were based on comments made by HCP’s many years earlier. Sadly resilience factors such as future optimism and a sense of self efficacy were observed in those who were less disabled, but were rarely provided by HCP’s.

How to change the persistent biomedical beliefs provided by HCP’s to those with LBP care in health care more broadly, is an ongoing concern that likely requires systems level, possibly including population level approaches [7]. 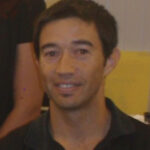 Ivan Lin is a researcher/academic with the Combined Universities Centre for Rural Health, Australia, physiotherapist for an Aboriginal health service, and has recently submitted his PhD undertaken with the Musculoskeletal Pain Team at Curtin University, Perth, Australia, and a cross-institutional, cross-cultural, and cross-philosophical team of supervisors.  He lives on Yamajti country about 400km/250 miles from a city in an Australian coastal town known for its sun, wind, surf and crayfish.