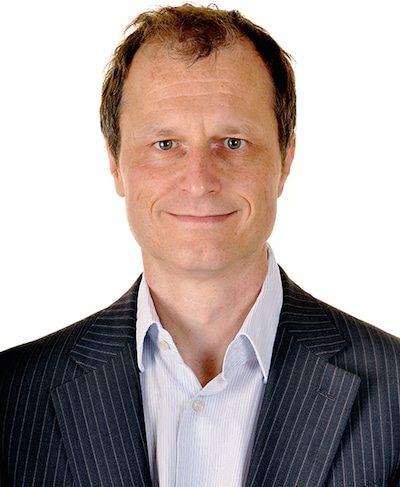 We recently published a study on antibodies found in the blood of patients with longstanding Complex Regional Pain Syndrome [1].

Antibodies are substances produced by the body’s immune system. Their best-known role is to fight infection. However sometimes they go wrong, and bind to the body’s own cells, causing dysfunction or damage. These latter types of antibodies, which bind to body cells are termed autoantibodies.

Our recent study shows that most patients with longstanding CRPS have special types of autoantibodies in their blood. In contrast, these autoantibodies were not found in healthy volunteers, patients with fibromyalgia, neuropathic pain, or ‘myasthenia gravis’, an immune disease.

We already knew that special autoantibodies are produced by patients with recent onset CRPS [3][see Footnote]. Our new findings are relevant and important, because they demonstrate that autoantibodies are still being produced by people with CRPS as late as several years after injury, i.e. at a time when acute CRPS signs such as strong swelling and redness will have mellowed, and there is an expectation that the injury will have fully healed. The autoantibody presence in such longstanding CRPS shows that the patients’ immune systems remain abnormally activated.

The autoantibodies we identified were found to specifically activate the alpha1a receptor on cell surfaces. This particular receptor has previously been implicated in CRPS, and thus its activation might be relevant to the causes of CRPS. But there was something else – we initially thought that only those CRPS patients who responded to an immune treatment, intravenous immunoglobulin, would have autoantibodies, i.e. no more than 25% of all patients, see my Body in Mind blog August 2010. Yet, we found that, in fact a majority of all patients with longstanding CRPS had these specific autoantibodies in their blood. That meant that although only some patients with longstanding CRPS will respond to intravenous immunoglobulin a much larger group of of patients may have a specific immune dysregulation,.

Having identified specific alpha 1a autoantibodies in patients’ blood, where do we go from here? We will look more closely at the CRPS immune dysregulation, and also investigate whether some immune procedures and drugs that work in other conditions can reduce CRPS pain. We have already conducted an audit [2], and have started a first trial to test this idea.

Our laboratory results on autoantibodies in longstanding CRPS are preliminary. We have yet to identify the molecular structure (i.e. the sequence of amino acids) against which these antibodies are directed – in fact our results suggest that the antibodies from different patients may bind to slightly different cell structures, having the common ultimate effect to activate alpha 1 receptors. We have also yet to develop a workable autoantibody blood test, as the test which we used is very cumbersome. Finally, but not least of all it will be important to convincingly show how these autoantibodies contribute to CRPS.

Nevertheless, I hope that these recent discoveries may eventually contribute to solve the riddle of what is causing CRPS after trauma, so that we can better treat those patients for whom currently no solution is available. 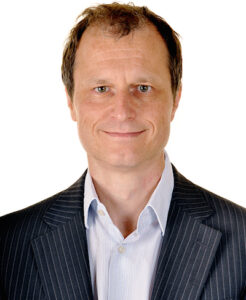 Andreas Goebel was born and raised in the Rhein/Main area in Southern Germany. He studied Medicine in Würzburg/Germany and started his training in Anaesthesiology and Pain Medicine at Würzburg Hospital; he also received a scholarship to study immunology at Harvard Medical School. Having returned to Germany things changed when Andreas met his Irish wife in the US and they ultimately decided to move to the UK. There, he continued his training, first attached to the Oxford rotation, then UCLH, and was appointed Consultant in Pain Medicine in 2007 at the Liverpool Walton Centre, the Country’s largest Pain Medicine department.

Andreas set up the first regional treatment network for Complex Regional Pain Syndrome, and also initiated and chaired the UK CRPS Guidance group, which published its comprehensive guidance in 2012). In 2008 he was appointed Assistant Professor (Senior Lecturer) in Pain Medicine at Liverpool University. Andreas’ chief research interest is in how the immune system, and specifically autoantibodies, may contribute to causing chronic pain and how this might translate into new treatments.

The autoantibodies identified in the acute setting included one type, antimuscarinic, which was likely also present in our samples, and another, anti-beta 2, which we did not detect. The laboratory method we used was different to that which was used to identify these acute-setting autoantibodies, however our method was sensitive to activating beta 2 antibodies, and thus should have picked them up had they been present in our samples. Their absence may be either due to geographically different patient populations (German vs. UK), the fact that the acute-setting tests used a immature cell type whereas we used adult cells, or because perhaps autoantibodies produced in the acute setting differ from those in the chronic setting. Of note, earlier investigations in the acute setting had not specifically looked for the new type of antibodies discovered now, so we don’t yet know whether these new antibodies are restricted to the chronic setting.