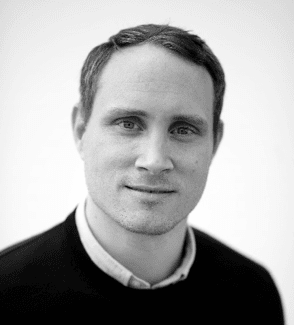 Psychosocial factors (PS) are described as the combination of an individual’s cognitive, emotional and social status that can influence their health status (Singla et al., 2015) and they include: patients’ beliefs that pain and activity are harmful, fear avoidance beliefs, negative behaviours, lack of support, overprotective families, physical condition, personality type, coping strategies and faith/religious beliefs (Overmeer et al., 2004). For the past two decades we’ve known that PS factors play an important role in the development and subsequent recovery of individuals suffering from chronic low back pain (CLBP) (Kamper et al. 2015; Synnott et al., 2015; O’Sullivan, 2011) and current literature and guidelines for low back pain (LBP) in the UK, Australia, New Zealand and Italy recommend that PS factors should be considered in addition to traditional biomedical factors (e.g. structural-anatomical signs and symptoms and imaging findings) when managing patients with LBP (Negrini et al., 2004; NICE, 2016; Synnott et al.,2015; Darlow et al., 2014). Despite the widespread recommendation of incorporating the biopsychosocial (BPS) model into clinical practice, qualitative research studies in New Zealand Australia and UK investigating clinical practice underlined the tendency of manual and physical therapy practitioners to adopt a biomedical approach when working with LBP patients. (Singla et al., 2014, Darlow, 2016). To explore the transferability of these qualitative studies, we decided to investigate personal beliefs, knowledge, experiences and the potential barriers of Italian physiotherapists in assessing PS factors in patients with CLBP (Zangoni and Thomson, 2017). The qualitative study used semi-structured interviews with practitioners to collect data. We then used a grounded theory approach to analyse the interview data and make comparisons of the differences and similarities between participants, so that the findings were a construction of the different perceptions and experiences participants had in relation to the PS factors in CLBP (Charmaz, 2016).

The data suggested that all participants attributed some importance to PS factors and recognised the need to consider these aspects when working with patients presenting CLBP, but there was uncertainty about how to do this in a specific and meaningful way.  There was an awareness of the importance of social factors, stress and negative attitudes amongst physiotherapists in relation to CLBP. However, it was unexpected to find that just a few participants mentioned psychological factors such as depression or anxiety (Heneweer et al., 2007, 2010) and fear-avoidance behaviours of patients as important PS factors (Pincus et al., 2006a,b; Nicholas et al., 2011). Although physiotherapists in the study had a vague awareness of the BPS model, many perceived biomedical and psychosocial factors as being totally separate domains, rather than being part of the same BPS model designed to orientate the practitioners’ assessment and treatment.

Exploring the main barriers that practitioners faced when assessing CLBP, we found participants held a general view that the role of physiotherapists was mainly as a manual therapist performing physical treatments, and many felt there was limited opportunity during their sessions to fully assess PS factors with CLBP patients. Further, physiotherapists reported concerns that exploration of PS factors could lead to a disruption in the therapeutic relationship (i.e. fear of “losing the patient”). This was considered an important barrier to exploring PS factors.

Limited education about PS aspects in university training and lack of standardisation in this area within the Italian physiotherapy professional education may be a possible reason for physiotherapists’ lack of confidence, skills and knowledge of the importance of PS factors. Our research was congruent with the findings of similar studies conducted in Australia and the UK by Singla (2015) and Darlow (2016) which found physiotherapists recognising the importance of PS factors, but still tended to focus on clinical biomedical and biomechanical findings (such as numerical pain levels and joint range of motion) rather than on PS factors to inform their prognosis and treatment plan (Kent et al. 2009). This is a concern in view of the strong prognostic capacity of PS factors compared to physical/biomedical factors (Chou et al. 2007).

Finally, curriculum planners and educators likely face a balancing act when constructing a physiotherapy course aligned to the current evidence base. Traditionally, undergraduate physiotherapy education incorporates biomedically and biomechanically orientated clinical skills and subjects; however contemporary evidence suggests that subjects orientated towards psychology, sociology and even philosophy may be equally important clinically if not more. However, the current literature suggests lack of standardisation in this area within the physiotherapy profession and lack of BPS oriented nature of the training (Overmeer et al, 2009; Synnott et al, 2015). Physiotherapy educators in Italy and elsewhere, may look to enhance initial training and postgraduate education in PS assessment and management in patients presenting with CLBP. However, this also appears to be not so straightforward! Interventions to increase practitioners’ provision of psychosocial interventions have had little effect on patient outcomes (Hay et al. , 2005, Jellema et al. , 2005, Overmeer et al. , 2011, Stevenson et al. , 2006). More recent attempts to train practitioners in a BPS approach have been more successful in physiotherapy/physical therapy (Asenlof et al. , 2009, Beneciuk and George, 2015, Hill et al. , 2011, Overmeer et al. , 2009, Sullivan and Adams, 2010, Vibe Fersum et al. , 2013) but it remains difficult to shift practitioners’ attitudes towards back pain. Two recent studies showed practitioner attitudinal changes towards a more BPS management of their patients, one with participants following workshops and having clinical supervision (Synnott 2016) and one with participants taking an e-learning programme (Draper-Rodi et al. , 2016). These results are promising but the mechanism on how practitioner attitudes influence their behaviour is still unclear.

Our qualitative findings concerning physiotherapists’ barriers to assessing PS factors and the tendency to adopt a biomedically oriented approach with patients presenting CLBP are not intended to represent the entire Italian physiotherapy profession; however, the data may have some resonance with individual practitioners and should be considered as an instrument to highlight some of the challenges that are currently limiting the best practice in chronic LBP.

Giacomo is a registered Osteopath and Physiotherapist, obtaining the Bachelor’s degree in Physiotherapy at the University of Padua (Italy) and the Master’s degree in Osteopathy at the British School of Osteopathy (London). Since 2012 he has been collaborating in Italy and now in London with sport societies and working in private clinics and rehabilitation centers. Giacomo is currently collaborating with the Research team of the British School of osteopathy on the evaluation of psychosocial factors in chronic low back pain and has recently published his master’s degree final research in a peer-reviewed international journal. 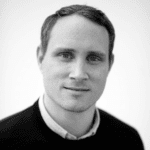 Dr Oliver Thomson is a practicing osteopath and Senior Lecturer at the British School of Osteopathy where he leads the research teaching for the undergraduate and postgraduate osteopathy programs. Oliver completed his PhD in osteopathy at the University of Brighton, Clinical Research Centre for Health Professions, where he explored osteopaths’ clinical decision-making. His research interests include clinical decision making and reasoning, professional identity and beliefs using qualitative research and has published extensively in these areas. He is an Associate Editor of the International Journal of Osteopathic Medicine and is on the international advisory board for Musculoskeletal Science and Practice. 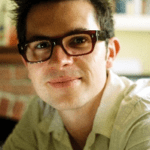 Dr Jerry Draper-Rodi is an academic clinician: he is CPD Manager and Research Lecturer at the British School of Osteopathy, chairs Oxfordshire Osteopathic Network and practises in Oxfordshire. He was awarded a Professional Doctorate in Osteopathy in 2016. His research was on the acceptability, feasibility and likely impact of a biopsychosocially-informed e-learning programme for non-specific LBP on experienced osteopathic practitioners’ attitudes to back pain. He has presented his research in numerous conferences and has published articles in peer-reviewed journals. Jerry is a reviewer for the International Journal of Osteopathic Medicine.

Chou, R, A Qaseem, V Snow, D Casey, T Cross, and P Shekelle, ‘Clinical Guidelines Diagnosis and Treatment of Low Back Pain : A Joint Clinical Practice Guideline from the American College of Physicians and the American’, Annals of Internal Medicine, 147 (2013), 478–91

Darlow, B., (2016). Beliefs about back pain: the confluence of client, clinician and community. International Journal of Osteopathic Medicine. 20, pp.53-61

Draper-Rodi J, Vogel S, Bishop A. Impact of an e-learning programme on the biopsychosocial model for non-specific low-back pain on experienced osteopaths’ attitudes to back pain: A mixed-methods study. Manual Therapy. 2016;25:e167-e8.

NICE, 2016. Low Back Pain and Sciatica in over 16s: Assessment and Management.

Sullivan MJ, Adams H. Psychosocial treatment techniques to augment the impact of physiotherapy interventions for low back pain. Physiother Can. 2010;62:180-9.

Zangoni, G., & Thomson, O. P. (2017). “I need to do another course”- Italian physiotherapists’ knowledge and beliefs when assessing psychosocial factors in patients presenting with chronic low back pain. Musculoskeletal Science and Practice, 27, 71–77.