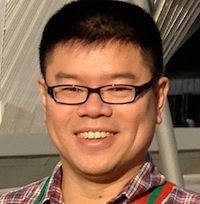 Doctors still debate about treating chronic pain with cannabis. At present, the evidence of benefit[1] does not clearly outweigh the long-term risks of cannabis to mental health.[2] Cannabis contains many chemicals but only delta-9-tetrahydrocannabinol (THC) has significant pain-relieving properties. Unfortunately, THC is also responsible for the cannabis ‘high’, which occurs because of its action on the brain.

All is not lost. Scientists have long known that THC can act on sites other than the brain (for example the spinal cord, peripheral nerves and immune cells) to produce pain-relieving effects in laboratory rodents.[3] The pharmaceutical industry has developed chemicals related to THC that work only outside the brain. Such chemicals lack psychotropic effects and do not produce the ‘highs’ associated with smoking cannabis. They may be formulated into useful medications in the future.[4] However, questions remain about whether brain effects are important for pain relief from THC in humans: especially in patients with chronic pain who report benefit from cannabis use when all else has failed.

We explored these issues in a recently published study.[5] In that study, healthy volunteers were either given THC or a placebo. They also had capsaicin (chili pepper) applied to the lower leg, which causes a burning sensation that can be quite painful. The volunteers rated that pain according to its intensity (how much it burns) and unpleasantness (how much it bothers you). They reported that THC tends to reduce the unpleasantness rather than the intensity of pain. During the experiment, we used an MRI scanner to look at activity within the volunteers’ brains. We found that there was less activity in the specific part of their brains that’s been shown to encode the unpleasantness of pain.[6]

That result is predictable given that THC binds mostly to the ‘emotional’ parts of the brain, for example, the amygdala, which itself plays an important role in fear. The more exciting finding is that THC suppressed the coupling of pain-related brain activity that occurs between the amygdala and the sensory cortex. The greater the suppression, the greater the difference in the effects of THC on the intensity and unpleasantness of pain reported by individual volunteers. Not all our volunteers benefit from this dissociative drug effect: one volunteer reported that the unpleasantness of pain remained unchanged while the intensity increased.

Because this experiment was carried out in healthy volunteers, the results cannot inform patient care. Nonetheless, it shows that brain effects can be relevant to pain relief from THC in humans. After all, mechanisms outside the brain cannot account for the dissociative effects of THC on pain.

Can we derive this dissociative form of pain relief from cannabis without psychotropic effects? Possibly. Our brain makes ‘cannabis-related’ molecules called endocannabinoids, which contributes to pain relief from a placebo – without incurring the cannabis ‘high’.[7] Novel drugs that influence brain endocannabinoids are already in development.[8] Meanwhile, identifying patients who rely on brain effects from cannabis-based medicines for pain relief remains challenging. Our study has taken a step in that direction by revealing the specific brain effect for pain-relief from THC, the active substance in cannabis. 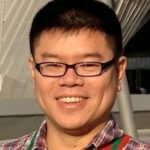 Michael Lee is a clinical academic based at the Oxford Centre for the Functional Magnetic Resonance Imaging of the Brain. He works to bridge the gap between basic science and the harsh realities of an outpatient pain clinic. His particular research interests are medications that are used to help manage persistent pain. At the moment, he’d like to get in touch with doctors who have experience in prescribing cannabis based medications for chronic pain (mlee@fmrib.ox.ac.uk).