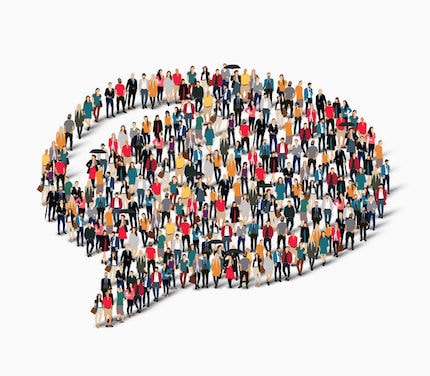 When Keith Meldrum, a deputy fire chief and former vice chair of Pain BC, was 16 years old, he suffered a life-threatening car accident on a rural highway in British Columbia, Canada. As the car rolled off the road, his seatbelt tore through his abdomen, causing significant internal damage. He called the pain of the event “insurmountable”—and said he recalled wishing for death. Witnesses to the car crash called for help and, luckily, Meldrum made it to the nearest trauma center within an hour. He underwent his first operation, lasting six hours, where surgeons attempted to repair what they could.

“That was the start of one surgery after the next,” Meldrum told the audience during “The Patient Voice, Self-Management, and Resiliency: The Patient Perspective,” a workshop that took place at the 2018 International Association for the Study of Pain’s World Congress on Pain in Boston, US, as part of IASP’s Global Alliance of Pain Patient Advocates. “There was trauma from the car accident. There was repeated surgical trauma. All I knew is that I hurt all the time. I wanted the doctors to fix me. But there came a point where the doctors told me, ‘There’s nothing left to fix. It’s clearly all in your head.’ But I still hurt. And I thought all that was left was to try to push through it.”

Meldrum captivated the audience with his story of living with relentless chronic pain—and years of attempts to find a medical solution to his condition.

“I’ve had so many different treatments. I’d deal with the pain for a while. Then I’d have breakthrough pain and end up in the emergency room where I’d get a shot or a nerve block injection, but nothing ever worked,” he said. “But it seemed important to keep trying.”

More than a medical solution

Eventually, one of Meldrum’s doctors suggested he try a spinal cord neurostimulation implant. He had the surgery in April 2005 and says it’s been the most effective tool medicine could offer to help him manage his pain.

“To be considered for neurostimulation, I needed to have a psychology assessment,” he said. “It was the first time, in all the years I was seeing doctors, that anyone in the medical system said that psychology and emotions could impact my pain. I wanted to find my solution in the medical system. I thought I could find the right surgeon, the right treatment, or the right program, and my pain would go away. I didn’t understand the complexities of mind/body connections.”

Meldrum says that it wasn’t until after he received his implant that he started to consider becoming an active participant in managing his pain. He said he realized that his anger, frustration, and grief over his accident were part of his pain experience. And it was time to take a closer look at what he could do to better manage things personally.

“The healthcare system didn’t have the tools or understanding to help me do that,” he said. “I’m not blaming doctors. Persistent pain is complex. You can’t drop in on the doctor and say, ‘Hey, fix me.’ It’s not fair to healthcare professionals.”

What can providers do?

But, Meldrum said, there are things that physicians can do to help patients like him better help themselves. And it can be as easy as simply saying, “I believe you.”

“I can’t describe the power of those words. I didn’t hear them until 2004. And it was the first time that a doctor acknowledged that my pain was real,” he said. “That was the gateway so I could start helping myself.”

Meldrum said that providers need to include the patient voice in order to offer their patients hope—and to help them find a way to live better with pain. By integrating the patient’s experience of pain, and actively engaging the patient early in treatment, providers have the power to help patients lead a better life.

“Thirty two-plus years later, I still live with persistent pain,” he said. “But I live with it much better now than I did for the first 20 years, when I was lurching and stumbling through a medical system that was utterly unprepared to deal with me.”

Ruth Dubin, a family practitioner from Canada who attended Meldrum’s workshop, said that patient stories are incredibly powerful, and she hopes that more providers take them into account when treating patients who are living with persistent pain.

“The tragedy in Canada is that there are still no pain competencies for family physicians,” she said. “But what we’re learning is how important the patient story is—and what an honor it is to hear that story. We need to start listening more so we can help our patients learn how to manage their pain and lead better, more meaningful lives.”

In a second patient engagement workshop at the World Congress, “The Patient Perspective: Pain Science and Patient Empowerment,” Joletta Belton, co-founder and executive director of the Endless Possibilities Initiative, discussed how understanding pain science was a powerful force in her own recovery.

“Recovery may not mean what you think it means. It isn’t about being pain-free. It’s about being empowered to live well whether pain is present or not,” she said.

Belton recounted how, during the course of her work as a firefighter/paramedic, she hurt her hip stepping off the fire engine. What started as a “twinge” became so unbearable she could not sit for more than a few minutes. As a result, she had to take a desk job at the firehouse and deal with an adversarial worker’s compensation system as she went through injections, surgery, and physical therapy. But her injury changed more than just her employment status.

But Belton said something changed for her once she went back to school to study pain science after medically retiring from the fire service. She hoped to get some answers about how to “fix” her pain. But that wasn’t what she found.

“I learned that pain was more complex than I thought. It wasn’t just a tissue or structural injury,” she explained. “Understanding that pain is a biopsychosocial experience changed everything,” she said, referring to the biological, psychological, and social factors that all contribute to chronic pain. “And the more I learned, the more I started to understand my pain differently. And it opened up possibilities for me.”

By focusing only on symptoms where the pain is felt, Belton said, healthcare providers may miss important aspects of a patient’s story that could help them better guide patients to the right treatments.

“Listening to the patient’s story is the first step in that process,” she said. And once patients understand how “weird” and complex pain is—through discussions of phantom limb pain, stress-related pain, and pain’s protective role, for instance—they can better understand the power they have to modulate their own pain experience.

“Since the brain is plastic,” she said, referring to the brain’s ability to change throughout life, “education and knowledge is treatment,” she said. “When you understand that you can retrain your brain, and retrain your protective systems, that’s empowerment. It allows us to accept what has happened without having to accept it as our future, too. There is realistic hope that things can and will change.”