Alcohol and pain in the population

Home / Alcohol and pain in the population 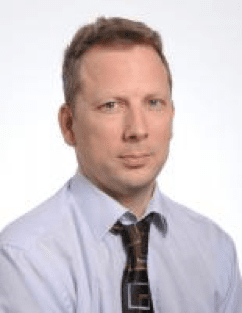 There is a problem in observational epidemiology. If a disease has an association with a behaviour within the population, we cannot tell which of these is true: the behaviour causes the disease; the disease causes the behaviour; or a third factor causes both.

The first instinct for the reader of an epidemiological study is often to infer that the behaviour causes the disease with which it is associated. This is what gives rise to newspaper headlines warning of everyday items that cause or cure cancer. A second instinctual and opposite reaction is to recite the response ‘correlation is not causation’ and to dismiss the result. Both of these responses however would be wrong. There is always some causal relationship (that is a ‘reason’) behind an association and it is our job as researchers to try to determine exactly what the causal relationship is.

One such result from observational epidemiology that we and others have found is that those who drink alcohol are less likely to report chronic pain [1]. Furthermore, among those who do have chronic pain, those who drink alcohol are less disabled by the pain, have less severe symptoms and better quality of life [2]. The newspaper headline response to these findings might be ‘Alcohol helps cut disability caused by chronic pain’. A more sceptical response would be ‘correlation is not causation’, and that this is a spurious and ridiculous finding. Our response was rather, “Well, if we can’t necessarily conclude that alcohol is preventing people from reporting pain, what is the causal relationship behind these findings?”

To that end, we looked at the drinking habits and pain reporting in data collected from the UK Biobank [3]. The UK Biobank is a large (over ½ a million participants) repository of data, including self-report data on a wide range of behaviours including diet, smoking, activity, and alcohol consumption, and both self-report and medical record data on disease outcomes. People answered questions on how much wine, beer and spirits they drank in a week, or in a month. This enabled us to have an idea of their usual consumption level. Additionally they answered questions on whether they had pain, whereabouts in the body any pain was, and if the pain had lasted for more than 3 months, which was then classed as chronic pain.

Apart from the problems of sampling error (which was overcome by having such a big sample) and measurement error (can people reliably report how much pain they have had? or how much alcohol?) there is a clear relationship between alcohol and pain. And although this study was very large and so able to detect very small differences, we don’t think the finding was due to being over-powered as other studies with other samples had similar results. What we wanted to know was: could it be possible that those who did not drink were more likely to report pain because they had stopped drinking due to ill health?

Another question asked in the Biobank was “Are you drinking more, less or the same than you were 10 years ago?” Those who said they were drinking less were then asked why. Respondents could say they were drinking less for health reasons, because of illness or doctors’ advice, or for other reasons. We reasoned that if the alcohol/pain relationship is due to people giving up alcohol because of ill health, once you removed some of those people from the analysis, the relationship would be less. We found that the relationship remained in all groups of people:  those drinking the same amount as in the past, those who had reduced their drinking for health reasons, those that had reduced their drinking for other reasons, and those that were drinking more.

In this study we couldn’t tell whether people whose drinking was the same as 10 years ago had reduced their drinking for reasons of health before that. If they had, that could be the reason we saw more pain in current non-drinkers than in current moderate drinkers.

We haven’t been able to show that alcohol helps people with pain or not. My guess is that drinking alcohol is an indicator of good health – people drink to the extent that their health allows them, and they reduce their alcohol intake to the extent that they are prone to ill health and pain. So, if you know someone who is having problems with pain, it would definitely be unwise to advise them to have a drink – but if you know someone who avoids drinking altogether, it could be an idea to ask them if they have any problems with pain. 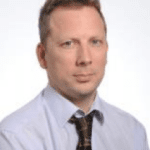 Marcus is a study coordinator with the Epidemiology Group at the University of Aberdeen in Scotland. His research interests include methodology in the epidemiology of chronic pain, particularly non-specific effects in trials of treatments for pain. He is currently working on recruitment for the MAmMOTH Study, a trial of CBT for the prevention of chronic widespread pain.