Acupuncture, some dodgy maths and a cracking review paper

Home / Acupuncture, some dodgy maths and a cracking review paper 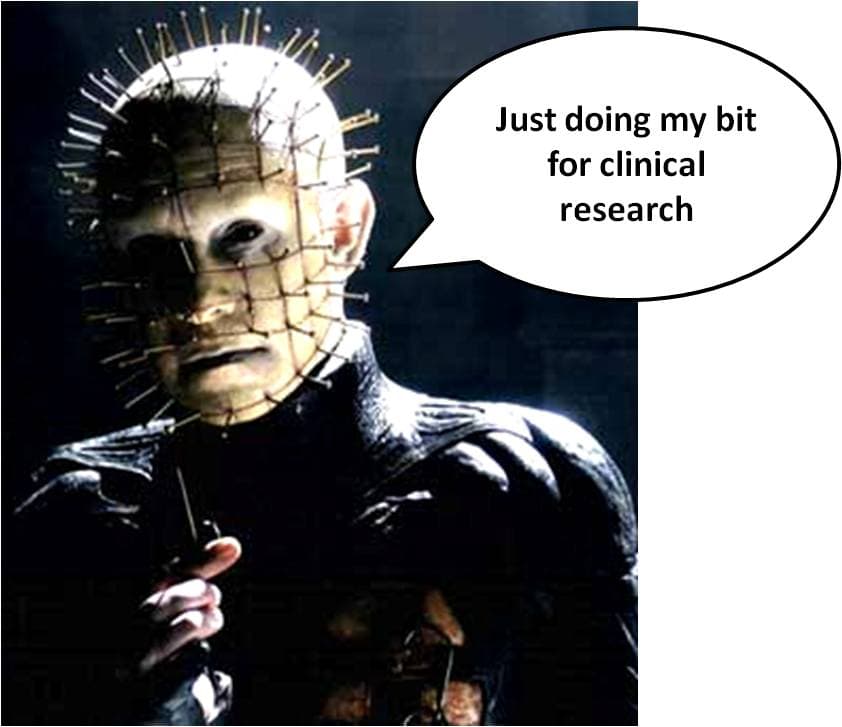 I have a challenge for you. Imagine you’re in ancient China and you’ve had this idea that health and disease hang on the flow of energy through invisible energy pathways called meridians that can be manipulated by applying needles in certain specific points. How do you go about systematically validating this theory? How do you know where the points are and which combinations work? 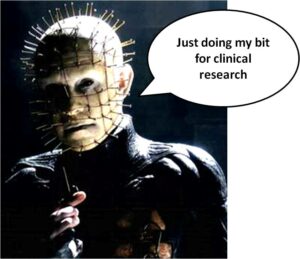 Some colleagues* and I were thinking about what it would have taken to develop acupuncture systematically by gathering basic case study level evidence. We are not mathematicians though and have made some cheekily broad assumptions and our maths could be wrong (since, to a man, we consider ourselves borderline innumerate). Here is what we came up with, but if anyone has a flair for this kind of thing then wade in and do better. It amused us greatly.

Let’s be generous and stick with just 4 needles.

The population of China when the first known Chinese acupuncture tome was published (200AD) = 60,000,000

The Chinese life span at that time (generously estimated without data at 50 years) would mean that the number of separate n of 1 studies that every member of the Chinese population at the time would need to have had each year in order to systematically test acupuncture is: 420/50 = 8.4. So every member of the population would had to have the same condition throughout their lives and then receive 8 separate treatments per year for every year of their life in order to get all these combos tested (for just one condition –  and acupuncture is recommended for a lot more than one condition).

But then we realised we have been too generous. To systematically develop the system from scratch you would not know a priori where the points are. Thus you would need to needle the whole body to find your hotspots. So here goes:

Following the same calculations as above the number of different n of 1 studies that every member of the Chinese population at the time would have to have had each day in order to systematically test acupuncture: 3,176 per day. That’s a treatment every 27 seconds of their waking and sleeping life just to achieve case study level evidence (which does not sit high on our evidence based hierarchy).

Our model is ridiculously lazy (but fun), in large part due to the fact that we scribbled it down on the back of a paper napkin in the coffee shop. It doesn’t factor in time for a start, and there has been a lot of that. But nonetheless I guess it is unlikely that the theory was developed systematically. What we must be left with then is a case of “special wisdom”; that is someone a long time ago was privy to an understanding of the body that others were not and that this authority underpins acupuncture.  As with most arguments from authority it would more than surprise me if it were true.  As Benjamin Franklin famously declared “It is the first responsibility of every citizen to question authority.”

Mathematical tomfoolery aside in the latest edition of “The Rheumatologist” Professor Donald Marcus has written a comprehensive assessment of the evidence relating to acupuncture for the treatment of pain. I would strongly recommend that you read this review as it is one of the best I have seen. The evidence that acupuncture is essentially a placebo treatment, the real meaning of the current plethora of  “acupuncture lights up the brain” studies ,the discussion regarding what this means for the provision of this therapy and how you might address the issues with patients strikes a great balance and is presented with genuine clarity. It is also open access with no pay-wall so get stuck in….

*A big hug for John Cossar, Physio lecturer extraordinaire who boldly got out his abacus for the good of science.

Donald M. Marcus (2010). Is Acupuncture for Pain a Placebo Treatment? An examination of the evidence. The Rheumatologist