How Academics Face the World

Home / How Academics Face the World 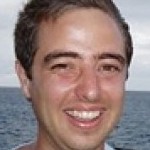 These days, academics routinely talk about their work and place pictures of themselves on web sites like relief.news. However, the picture we choose to show the world may reveal more about the way we see ourselves than we realise. Together with a great cast of researchers from my laboratory at UniSA and Flinders University I collected 5829 pictures of academics from their profile pages hosted by Universities around the world and analysed which side of the face was shown in the picture.

The results showed that science academics tend to show the right side of their face in the picture while arts academics tend to show the left side of the face. This imbalance in the way arts and science academics portray themselves to the world mirrors an asymmetry in the way the sides of the face reveal emotional information and the way emotional information is processed in the brain. It was Charles Darwin who first published the observation that the left side of the face is used more than the right when expressing emotions. The subsequent century of research has shown that this outward difference in emotional display is attributable to the fact that the facial muscles rely predominantly on connections with the contralateral motor cortex and that the right hemisphere is involved more in the production of emotion than the left.

Hence, by showing the left side of their face, arts academics reveal their most emotional aspect to the world. Science academics on the other hand, hide their emotionality by showing only the left side of the face in their profile pictures. This has the effect of making scientists appear more rational and suggests that scientists seek to display themselves to the world as the unemotional clichés of popular myth. As a working scientist I know that reason and logic play an integral role in the way I produce my work. But what motivates me is a passion for the topic and a love of discovery. So, perhaps, scientists shouldn’t be too scared of showing their emotional side. Perhaps its time to turn the other cheek.

PS. Perhaps I should start by updating my own (rational) profile picture.

I am a cognitive neuroscientist working on social cognition. That is, how do our brains facilitate our social experiences and how do these social encounters affect our brains? I am particularly interested in the neural mechanisms of face perception and how these brain structures are dysfunctional in disorders such as autism. I investigate these questions using event-related potential (ERP) and other electroencephalography (EEG) techniques.