Central Sensitization and the Curse of Ambiguous Terminology: An Opinion

Terminology in scientific research matters. Especially, when we collectively misuse a term like “central sensitization” when disseminating our findings. 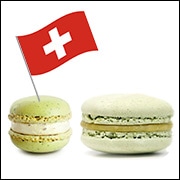 Terminology in scientific research matters. Especially, when we collectively misuse a term like “central sensitization” when disseminating our findings.

Terminology matters. More astutely, precise terminology matters. In research, it's essential to define precise research questions, to precisely describe the methods used in a study, and to disseminate scientific content without leaving room for misguided interpretations. I find it frustrating when a term is used ambiguously because it complicates understanding of scientific matters. Especially the term “central sensitization” for which I’m no longer sure what to expect when it's utilized.

Based on IASP’s current definition of central sensitization, I should expect the term to mean, “The increased responsiveness of nociceptive neurons in the central nervous system to their normal or subthreshold afferent input.” However, this expectation is frequently subverted. Instead, the term central sensitization is often used when referring to a hodgepodge of observations describing the increased responsiveness of many players – beyond nociceptive neurons.

It often feels like I ordered a "Luxemburgerli" – a beloved Swiss (or more precisely, Zurich) sweet – and instead receive some other sort of macarons. Admittedly, "Luxemburgerli" resemble macarons, but they are so much more.

I’m compelled to mention two main messages of these articles: 1) The IASP definition, as well as the original definition by Clifford Woolf and colleagues, clearly refer to changes in nociceptive neurons, yet central sensitization is increasingly used to explain enhanced responses within non-nociceptive (and even non-somatosensory) systems. 2) The evidence for central sensitization underlying any phenomena, other than secondary hyperalgesia (and I would include allodynia in a secondary zone), is scarce or even lacking.

The articles by van den Broeke and colleagues were published four years ago, and I don’t see that the research community has made significant progress toward addressing this issue. In fact, I find it has become more troublesome.

As an example, I think the issue has been prominent in publications utilizing the Central Sensitization Inventory (CSI). The CSI is a widely used questionnaire developed "to assess key somatic and emotional complaints often associated with central sensitivity syndrome (CSS)." CSS is an umbrella term proposed for non-organic disorders “presumed” to share symptoms of central sensitization (e.g., fibromyalgia and/or chronic fatigue). These “presumed” central sensitization symptoms (evaluated by the CSI) include sleep and concentration difficulties, sensitivity to light and odors, and/or stress.

Of course, the developers of the CSI, the IASP, or Woolf don't bear responsibility for their instruments/definitions being misinterpreted. Yet, I believe that as a scientific community we have an obligation to point out concerning trends in the literature and propose solutions. In my opinion, the best and conceivably long-term solution is to first rename the CSI to "Central Sensitivity Syndrome Inventory" or CSSI, to prevent its association with central sensitization mechanisms. Second, the current IASP term should be adjusted so that it includes the specificity for nociception (e.g., central nociceptive sensitization, or CNCS). Lastly, the definition of central sensitization should be explicitly broadened so that it refers to more general sensitization phenomena (e.g., “The increased responsiveness of sensory neurons in the central nervous system to their normal or subthreshold afferent input”).

A final solution is most likely not just “around the corner.” However, we owe it to other researchers – and the general public – to do our best to write as precisely and correctly as possible. To do our research the best we can. Ambiguous terminology might cause these attempts to falter because terminology matters.

Laura Sirucek is a PhD candidate at the University of Zurich, Switzerland. You can follow her on Twitter – @LauraSirucek.

Featured image: A “Luxemburgerli” versus a macaron.