Neutrophils help prevent the transition from acute to chronic pain after injury. Dampening their activity with anti-inflammatory drugs, like ibuprofen or diclofenac, can prolong pain duration. 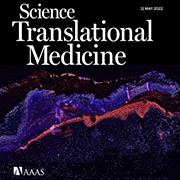 Neutrophils help prevent the transition from acute to chronic pain after injury. Dampening their activity with anti-inflammatory drugs, like ibuprofen or diclofenac, can prolong pain duration.

In the last few weeks, several news outlets like The New York Times and The Guardian have published provocative stories warning their readers that taking analgesics, like ibuprofen, can lead to the development of chronic back pain.

These articles relate to new research from an interdisciplinary team led by Luda Diatchenko and Jeffrey Mogil at McGill University, Canada, and Massimo Allegri at the Pain Therapy Service in Monza, Italy.

The new study was published in Science Translational Medicine on 11 May 2022.

The study goes on to show that inhibiting inflammatory responses after injury with non-steroidal inflammatory drugs (NSAIDs), like diclofenac, but not analgesics like gabapentin or morphine, prolongs pain resolution in rodents. Moreover, LBP patients who regularly take NSAIDs were almost twice as likely to develop chronic pain than those who did not.

“The media interpretation of this paper is that you shouldn’t take NSAIDs after injury, but this totally misses the exciting point of this paper. The take-home message is really that neuroimmune interactions, via neutrophils, act early after acute injury to resolve pain. From a therapeutic perspective, we can look to exploit that mechanism to help people stop transitioning [from acute] to chronic pain,” offered Ted Price from the University of Texas at Dallas, US, who was not a part of the study.

The mechanism through which acute pain transitions to chronic pain, and how to stop it, is one of the biggest questions in pain research. Initially, Diatchenko and her colleagues set out to use transcriptomics to understand how a subset of patients with acute LBP develop chronic pain, while other people’s pain is resolved.

This initial study compared the transcriptomic analysis of blood samples in two groups of LBP patients – those who developed chronic pain, and those who recovered. Patients were separated into these two groups based upon their pain scores at the time of their first acute LBP episode, and their follow-up visit three months later.

The team then assessed the genome-wide transcriptomic differences in the blood samples of these two patient groups.

“We didn’t know what transcriptional differences we would find between these patient groups, but we thought we might identify a set of genes with increased expression among patients who developed chronic pain,” said first author Marc Parisien.

In fact, this transcriptomic analysis showed something completely different.

“We found that it was these patients with resolved pain that had all of the gene expression changes, not those [patients] who developed chronic pain. This was totally unexpected,” said Diatchenko.

When comparing gene expression changes from the initiation of acute pain to three months later, the team found no differentially expressed genes in these chronic pain patients. Conversely, recovered patients had more than 5,500 genes with a differential expression between the two timepoints.

“The transcriptomics data are very robust. If you dive into the dataset, there’s a lot of very interesting stuff about the immune response in pain recovery – a lot to keep the field busy,” said Price.

Neutrophils are the key to pain recovery

These data showed that the active regulation of biological processes was stimulating this recovery from an acute LBP episode, preventing the transition to chronic pain. However, which cell types, which molecular pathways, and which genes were being upregulated?

First, the team estimated the changes in cell-type populations from their transcriptomics data. They found that a variety of immune cells decreased over time, and the decline of neutrophils was the most prevalent.

Next, analyzing changes among biological pathways, as opposed to individual genes, allowed the team to detect which cellular processes were likely driving pain recovery. The most differentially expressed pathways among recovered patients were those related to cell activation and immune responses. Specifically, degranulation pathways driven by neutrophil activation displayed the largest changes in expression.

“Nobody thought much about neutrophils when we were starting this research. Neutrophils seem to be critically important at the very beginning of a pain episode to initiate the healing process. We don’t know the entire process yet, but we think it’s so massive that the whole immune system is involved,” commented Diatchenko.

Elucidating this mechanism further, the authors identified several individual genes that showed the largest changes in expression. Among these genes, S100A8 and S100A9 were the team’s top hits. In support of their findings to this point, S100 genes are neutrophil-specific, and critical for the development and regulation of inflammation.

After these initial findings, the team persisted, and they also replicated these findings in a group of patients with temporomandibular pain, another subset of musculoskeletal pain.

With these findings in hand, the team began to formulate another hypothesis – if neutrophil-mediated anti-inflammatory responses are important for pain recovery, would the inhibition of this pathway lead to a prolonged pain state? More specifically, could anti-inflammatory drugs actually be driving chronic pain, instead of helping to alleviate it?

Diatchenko began to collaborate with Mogil to further investigate this hypothesis in animal models. Here, they tested whether the steroidal drug dexamethasone, and the NSAID diclofenac, delayed recovery post-injury in mice.

Dexamethasone or diclofenac was administered daily for six days following tissue inflammation (via injection of complete Freund’s adjuvant), and mechanical withdrawal thresholds were recorded as a measure of post-inflammatory pain.

As expected, dexamethasone and diclofenac caused moderate analgesia in the first six days after inflammation; however, the drugs also delayed recovery to baseline. Control animals took, on average, ~40 days to recover following initial inflammation. However, this recovery took ~80 days for those groups treated with anti-inflammatory drugs. The same results were also found by using a nerve injury model and a model of low back pain.

Importantly, this protracted pain state was only caused following the administration of the anti-inflammatory drugs dexamethasone and diclofenac, but not gabapentin, lidocaine, or morphine, all of which cause analgesia through other mechanisms.

In a final set of experiments, the authors sought to validate these preclinical findings in a human cohort. To accomplish this, they examined the relationship between analgesic drug utilization and LBP in a large human study from the UK Biobank project.

They found that individuals who used NSAIDs to treat acute back pain were 1.76-fold more likely to develop chronic pain. While this is correlational data not performed in a randomized controlled trial setting, it nevertheless links NSAID use with chronic pain in patients.

Diatchenko was keen to point out a common criticism of this data – that those who suffer from chronic pain take a lot of NSAIDs. In that case, pain would be predictive for medication, rather than for the NSAIDs resulting in prolonged pain.

“Do our data mean that there will be no NSAIDs, under any circumstances, ever again? No, we’re not saying that. Our data clearly imply [NSAIDs] are a double-edged sword in treating pain, but we need to do large, randomized controlled trials before making any medical recommendations,” Mogil told PRF.

Diatchenko and Allegri were also keen to stress that this paper does not come with any medical recommendations.

“It’s crucial that we understand the mechanism and timing of this neutrophil-mediated recovery. This would determine if, or when, we can give NSAIDs outside of this recovery window to still cause analgesia, but not prolong pain. We’re beginning some large-scale, randomized controlled trials to test this,” said Allegri.

However, Mogil was less optimistic about the future of NSAIDs as frontline analgesics.

“The data imply what they imply: NSAIDs have a negative effect on pain recovery. Once the results from trials are in, I would guess the days are numbered for NSAIDs, at least in their current context,” Mogil said.

How do neutrophils drive pain recovery?

Diatchenko was also eager to point out that the important findings in this paper have been overshadowed by press coverage regarding their NSAID data.

“When this paper came out, everyone concentrated on how you shouldn’t use NSAIDs to treat pain, but they didn’t think about the novel mechanism of pain relief we found. This paper tells us that if you upregulate the immune response to target acute pain, you could prevent chronic pain from developing,” Diatchenko said.

Price agreed, stating how this research opens up new possibilities for the pain research field.

“This paper paints a very clear picture that early neutrophil activation is very important for preventing the sensitization of pain pathways. [The authors] lay out a beautiful roadmap to explore this. I would want to know how S100A8 and S100A9 are eventually acting on neurons to resolve pain, and how we could exploit neutrophils in other ways to decrease the excitability of neurons in pain pathways,” said Price.