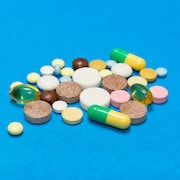 Opioids are a complex and controversial topic in the pain field. Debate surrounding use of these drugs has intensified over the last decade because of increases in opioid-related morbidity and mortality. Prescribing guidelines and regulatory policies have been introduced to curb the so-called opioid epidemic, but with little success. Paradoxically, previous studies have shown that tapering appears to increase opioid-related harms in some patients.

Now, a new study examining a large cohort of patients previously prescribed a high but stable dose of opioids confirms and extends upon those earlier findings. Alicia Agnoli, UC Davis School of Medicine, US, and colleagues show that tapering in this patient group was associated with higher rates of overdose and mental health crises in the 12 months following the initiation of tapering, compared to non-tapered periods.

“These data challenge the assumption that tapering confers safety to all patients,” according to Beth Darnall, Stanford University, US, in an email to PRF. Darnall has done research on how to safely and effectively reduce opioid use, but was not involved in the new study.

“This study adds to a growing body of retrospective cohort studies that have identified harms associated with opioid tapering….” wrote Marc Larochelle, Boston University School of Medicine, US, and colleagues in an accompanying editorial.

The study and editorial appeared August 3, 2021, in JAMA.

There has been a dramatic increase in opioid prescriptions in recent decades. In 2016, in response to an alarming surge in opioid-related deaths, the US Centers for Disease Control and Prevention provided guidelines that recommended against higher doses of opioids for chronic pain and in favor of dose tapering when the perceived harms of continued opioid therapy outweighed the benefits for individual patients. Unfortunately, these guidelines did not reverse the trend of opioid-related deaths.

Subsequent US recommendations cautioned against the de-prescribing of opioids and outlined potential hazards of rapid dose tapering for patients who had been prescribed opioids for an extended period. Research suggested that opioid tapering and discontinuation led to increased risk of suicidal ideation, transition to illicit opioids, and even overdose. But many of these studies had crucial limitations, such as only recruiting veteran populations. This left clinicians and patients in a difficult position, uncertain if and how they should taper opioids.

As a result, a need arose to better understand the potential harms of stopping or decreasing the dose of opioids.

“Many factors have led to a major decrease in opioid prescribing over the past several years, and many patients who were taking stable doses of opioids for chronic pain have had their doses reduced or tapered. There have been reports of patients becoming suicidal as their doses were reduced, as well as overdose events,” explained lead author Alicia Agnoli in an email to PRF. “We had the opportunity to examine the occurrence of these events in a large, national sample of patients.”

To investigate the association between opioid tapering and overdose, and between tapering and mental health crises, Agnoli and colleagues examined medical and pharmacy claims, as well as enrollment records from the OptumLabs Data Warehouse, from 2008 to 2019.

Patients included in the study had received continuous, stable opioid prescriptions of at least 50 morphine milligram equivalents (MME) per day for a minimum of 12 months. Once the stable, long-term, high-dose prescription period had been identified, patients were followed for up to a year. The researchers defined tapering as a dose reduction of at least 15% relative to patients' baseline dose.

The main outcomes of the study were emergency department or inpatient hospital encounters for drug overdose or withdrawal, and for mental health crisis events including depression, anxiety, or suicide attempts, in the year following the stable prescription period. The investigators also looked at whether the pace of opioid tapering affected the main outcomes, and collected data on age, sex, education status, where people lived (rural vs. urban), insurance status, baseline opioid dose, baseline year overdose events, and baseline depression/anxiety.

Ultimately, the study included 113,618 patients (60,772 women). One in four patients experienced a 15% or greater taper of their opioid dose during the follow-up period.

Further, patients with higher baseline opioid doses were more likely to have adverse outcomes from tapering compared to those taking lower baseline doses. And the pace of tapering was also a factor, with a 10% increase in maximum monthly dose reduction velocity being associated with a higher adjusted incidence rate ratio for both overdose and mental health crisis events.

“These adverse events were especially common in patients who were tapering from higher doses, and if the dose was reduced more rapidly,” according to Agnoli.

A growing chorus says it's time to reconsider tapering practices

The new study adds to a growing body of evidence suggesting that prescription opioid tapering increases the risk of serious adverse outcomes in some patients. However, Agnoli is quick to put the results in perspective and consider the limitations of the observational study design.

“Although we controlled for many factors that confer risk, such as baseline mental health conditions, prior overdoses, and other substance disorders, there still may be some unmeasured factors that put someone at risk for the adverse outcomes measured in our study.

“An additional limitation to our findings is that we do not know the circumstances by which tapering occurred – that is, forced tapering as opposed to voluntary tapering,” Agnoli added.

The issue of how patients taper opioids is critical, said Darnall.

“We must study tapering methods. Tapering methods matter greatly, as has been shown with tragic consequences resulting from abrupt tapering, a practice uniformly derided by the US Department of Health and Human Services in 2019. Forced tapering is often a highly distressing experience for patients. [But] a slow taper pace is not the panacea to patient safety. A fraction of patients does well on opioids and should not be tapered unless desired. And, in the absence of clear problems, clinicians should be able to restore doses if a voluntary taper reveals increased pain that is best managed by opioids,” according to Darnall.

The way forward requires a shift away from a “one size fits all” approach, with improved policy, guidelines, and prescribing practices also necessary, according to the authors of the accompanying editorial.

“It is increasingly clear that opioid tapering needs to be approached with caution. In almost all cases, rapid or abrupt discontinuation should be avoided. Achieving the goals of minimizing risk, yet also improving pain and function, will require individualized care and evidence-based approaches with more nuanced strategies that embrace the clinical complexity of the population of patients with chronic pain,” the editorialists concluded.

Darnall and Agnoli echoed the need for more individualized care with respect to tapering practices, while maintaining a positive outlook on where the pain field will head in this area.

“I am hopeful the field will trend towards encouraging voluntary opioid tapering, applying patient-centered and supportive methods, and allowing patients to increase their dose if needed,” Darnall told PRF.

“This work sheds light on specific and significant risks associated with the complicated endeavor of [opioid] de-prescribing,” according to Agnoli. “We hope this will inform a more cautious and compassionate approach to decisions around opioid dose tapering. Patients undergoing tapering need significant support to safely reduce or discontinue their opioids.”

Lincoln Tracy, PhD, is a researcher and freelance writer based in Melbourne, Australia. You can follow him on Twitter @lincolntracy.