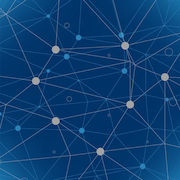 Nociceptive sensory neurons innervate all the tissues of the body. Pain researchers have identified hundreds of receptors in such neurons over the past several decades, and these receptors are specialized to detect a huge variety of stimuli, including chemicals released from other cells. But the field has made little progress in determining the exact drivers of nociceptive signaling – the ligands that activate the receptors – in specific tissues affected during chronic pain states.

Now, work from Theodore Price and colleagues at the University of Texas at Dallas, US, charts a body-wide map of receptors found on nociceptors paired with their known ligands. Price and his team used publicly available RNA sequencing datasets to build a powerful computational tool to interrogate this “interactome.” The algorithm was used to identify potential receptor-ligand pairs in their surrounding milieu in specific tissues and pain states. The tool has the potential to greatly accelerate the discovery and development of therapeutic pain targets.

“My overall impression is that this work is very compelling. They use a very sophisticated computational tool to develop a database of ligand-receptor interactions on a genome-wide scale, which they call the interactome,” said Loren Martin, a pain researcher at the University of Toronto, Canada, who was not involved in the work.

Somewhat surprisingly, among the potential interactions identified between nociceptor receptors and their ligands, the ErbB family of epidermal growth factor receptors (EGFRs) emerged as a major player in the interactome in several pain states. EGFR had been identified in recent years as a potential nociceptive signaling hub, but the new data suggest its role is far more extensive than previously realized, showing up in multiple tissues and pain states.

“When I first read the paper, I thought, wow, EGFR is popping up all over the place,” said Martin.

The new study was published on March 16, 2021, in Science Signaling.

To build the algorithm, first author Andi Wangzhou, then a graduate student in Price's lab, started with several published ligand-receptor interaction databases that together yielded about 3,000 ligand-receptor pairs (Ramilowski et al., 2015). But that list, which drew from the entire genome, “had lots of gaps” when it came to nociceptive signaling proteins, Price told PRF. “To make it more broadly applicable across neurobiology, we really needed to up the interactions with ligand-gated ion channels and GPCRs,” said Price, referring to G protein-coupled receptors.

Wangzhou, with help from undergraduate student Sanjay Neerukonda, did that by mining other public databases and individual publications to identify proteins that interact with those neuronal channels and GPCRs. Sometimes, that meant searching the literature for information about each individual ligand or receptor. “It was a heroic effort,” said Price.

To further build out the network of ligand-receptor pairs, the team also used Gene Ontology (GO) terms to search for known neural signaling molecules. GO terms include an internationally recognized set of search terms that allow researchers to search databases for genes that fall into a specific family, such as GPCRs, or that have specific characteristics, such as those implicated in metabolism, for example. Wangzhou then used this information to build a tool that could quickly match pain-related receptors and their ligands.

“Essentially, the tool’s purpose is to look for interactions between any cell type and the tissue that generates pain, which is the dorsal root ganglia [DRG],” said Wangzhou. “If you’re interested in signaling from a disease tissue to neurons, you could first look at what ligands are expressed” in the tissue of interest. “Then, you can use the pair list to find what receptors in sensory neurons are paired with those ligands.” He says the tool can help researchers narrow their investigations of potential pain targets from hundreds of interactions to perhaps 30 to 40 specific gene pairs, “which is much more manageable to further pursue.”

“I think that the most beautiful thing about this paper is that using a tool and an approach like this is going to help inform [us about] the biology, to either confirm or refute a specific hypothesis,” Martin said. “You could use it to really hone your hypothesis before even touching an animal, before donors donate their tissue, which is very precious, or before running a costly clinical trial.”

Not surprisingly, the analysis showed that neurons and immune cells interacted with one another primarily through cytokine- and chemokine-signaling pathways. But Price said those nerve-immune interactions have been understudied. “It’s kind of astonishing that there are so many. These cytokines are highly expressed, and nobody has done any work on many of them whatsoever” in pain. Importantly, though cytokines had been generally recognized as important for nociceptive signaling, the analysis showed that they are also expressed at baseline, in non-pain states. That suggests that recruitment of immune cells to nerves could underlie immune-mediated pain states.

Another notable finding, Price said, “was that almost all the interactions used MAPK signaling,” referring to mitogen-activated protein kinase (MAPK) signaling, which is a signaling network important for gene transcription and translation. That suggests MAPK signals “are really important for nociceptor plasticity after immune cells release ligands,” said Price. And MAPK “also phosphorylates a whole bunch of ion channels,” which could affect neural excitability.

Wangzhou and colleagues next wanted to examine interactome pairs in pain states. This involved three “case studies” in which they hunted for ligand-receptor pairs in three different pain states using publicly available datasets. In the pain states, the team focused on signaling from bodily cells to receptors on DRG neurons.

First, they turned to a mouse model of colitis for interactions between enteric glial cells and DRG neurons that innervate the colon, which had been retrogradely labeled. “The advantage of the mouse model is that it gives the strongest signal,” Wangzhou said, because the group could look specifically at the relevant cell types. “So we started there to see if we could find interactions that were meaningful and regulated in the disease model.”

Among ligands originating from the enteric glial cells, expression of BDNF and glial cell line-derived neurotrophic factor (GDNF) were significantly increased, implicating those neurotrophins as potentially important mediators of pelvic and visceral pain.

The researchers then wanted to examine the interactome in human disease by matching ligands from target tissues and cells with receptors in human DRG (hDRG). In this second case study, they interrogated an scRNA-seq dataset from the synovial tissue of patients with rheumatoid arthritis (RA) or osteoarthritis (OA), which had identified four subtypes of macrophages found specifically in that tissue. The investigators selected ligand genes enriched in RA but not OA patients and filtered them to find those with matching receptor genes in a bulk-sequenced hDRG RNA-seq dataset. RA-enriched genes that encoded four proteins that signal through the ErbB family receptor EGFR, including one called heparin-binding epithelial growth factor (HBEGF), pointed to the latter as a novel potential mediator of pain.

In the third case study, the team examined a bulk RNA-seq dataset from four patients with pancreatic cancer, which is a notoriously painful disease. Wangzhou first selected ligand-encoding genes that were significantly up- or downregulated in cancerous pancreatic tissue compared to noncancerous pancreatic tissue from the same patients. He then filtered these genes to find 41 ligands with matched receptor partners in the bulk-sequenced hDRG dataset. Remarkably, expression of pain-suppressing molecules, including the endogenous opioid pro-opiomelanocortin and the anti-inflammatory cytokine interleukin-10 (IL10), decreased in cancerous tissue, whereas pro-nociceptive and pro-inflammatory mediators increased. In addition, four of the 41 ligand genes are known to signal through EGFR, again spotlighting the ErbB signaling pathway as an underexplored driver of pain in disease states.

EGFR had in fact been implicated in pain before. Previous work from Martin and colleagues showed that signaling through EGFR causes pain sensitization in animal models of chronic neuropathic and inflammatory pain (Martin et al., 2017here). The first hint that ErbB signaling molecules could be involved in chronic pain in people came from a prospective study of temporomandibular joint disorder (TMD), which implicated genetic mutations in the genes for EGFR and one of its ligands, epiregulin, as risk factors for TMD (Smith et al., 2013here).

The ErbB family comprises four receptor subunits that dimerize in various combinations and bind a variety of ligands. Price knew the family was important in nociceptive signaling, but previous work had focused on ligands other than HBEGF. But in the current study, “this one kept coming up and had not been tested. It was like it was screaming at us, ‘hey, we need to look at this,’” he said.

To do so, the group applied HBEGF to DRG neurons from male and female mice, which elicited a calcium signal in about a third of neurons. This activity was blocked by lapatinib, an EGFR signaling blocker. Injection of HBEGF into the paw caused mechanical hypersensitivity and increased grimacing in male and female mice, pointing to HBEGF as a pro-nociceptive ligand probably binding at receptors containing the ErbB2 subunit, the authors concluded.

Another lab takes up the tool

The lab of Cheryl Stucky at the Medical College of Wisconsin, Milwaukee, US, has already put the new computational tool to use in their studies of sickle cell disease (SCD) in collaboration with Amanda Brandow, a pediatric hematologist, also at the Medical College of Wisconsin. Brandow had built a list of genes that were transcriptionally up- or downregulated in the plasma of patients with SCD relative to age- and race-matched control subjects, and other genes that were upregulated in patients during an acute pain episode compared to their steady state.

Kate Sadler, a postdoctoral fellow in the Stucky lab, said, “A question that Amanda has always had is, ‘What do I do with this list?’ And then in comes the use of the interactome” from Price and colleagues.

By hunting for those transcriptionally upregulated ligands’ targets in DRG neurons, Sadler said, “we found the receptors that we should be interrogating.” The study revealed “many ligands with many receptors in the DRG that have never been explored in pain in SCD,” she added. “It’s very exciting. It takes out so much of the work we do, all the man-hours, so we can start targeting these things with commercially available products” in animal models.

The tool does have some limitations. For example, “there may be ligand-receptor interactions that are not yet known,” said Martin, but the database will continue to grow and evolve over time. And, while the data from bulk sequencing of hDRG is a good start, he said, “single cell-resolution sequencing of human DRG will make it far more specific, which is only going to enhance the tool. It’s not available yet, but that’s something to look forward to,” he added.

Price, together with several members of his team, founded Doloromics, a company that will further pursue pain therapeutic targets that emerge from the interactome. Wangzhou is now working in San Francisco at the Illumina sequencing facility as part of the Illumina Accelerator program, which provides capital, support, and training for startup genomics companies including Doloromics.

Price envisions a not-too-distant future in which tissue samples from people with chronic pain conditions, and perhaps pain from cancers in particular, could be interrogated with the interactome tool to identify potential drivers of pain, perhaps leading to personalized therapies.

“Ultimately, this is one way to improve translation in the pain field, which is a really big problem,” Martin concluded.